The Utah Republican is one of the few moderate senators yet to make their position known on a potential hearing for a Trump nominee. Romney has had a publically contentious relationship with President Trump on various issues both before and after the commander in chief's election victory in 2016.

Romney's staff said the caucus lunch is set for Tuesday afternoon and that he will not be making any official statement until it has ended.

McConnell said at the time that the American public should have a say in the process with their vote for president, but has since defended his decision to move forward with Trump's nominee, saying the situation is different because the same party currently controls the presidency and the Senate – which was not the case in 2016. 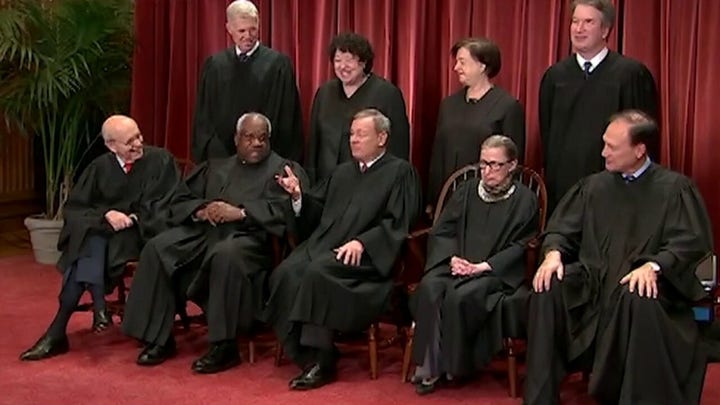 Other Republican lawmakers who are on the fence – or who have spoken out against nominating a justice before Election Day – include Sens. Cory Gardner of Colorado, Susan Collins of Maine and Lisa Murkowski of Alaska.

Gardner, who is up for reelection in November, said on Saturday that the nation needed time to mourn and "reflect" on Ginsburg's death before the "politics begin."

Collins has come out against the Senate taking up any nominee until voters have had their say at the ballot box.

She later reiterated her position on Saturday, saying Republicans should wait until a winner prevails in the upcoming presidential contest before Congress can move forward.

Murkowski came out on Sunday and doubled down on the same position.

"I did not support taking up a nomination eight months before the 2016 election to fill the vacancy created by the passing of Justice Scalia," she said.

Murkowski added: “We are now even closer to the 2020 election – less than two months out – and I believe the same standard must apply.”

On the flip side, Trump's 2020 campaign said Sunday that the White House will be moving quickly to nominate a woman, with federal Judge Amy Coney Barrett – a former law professor – considered to be the front-runner.