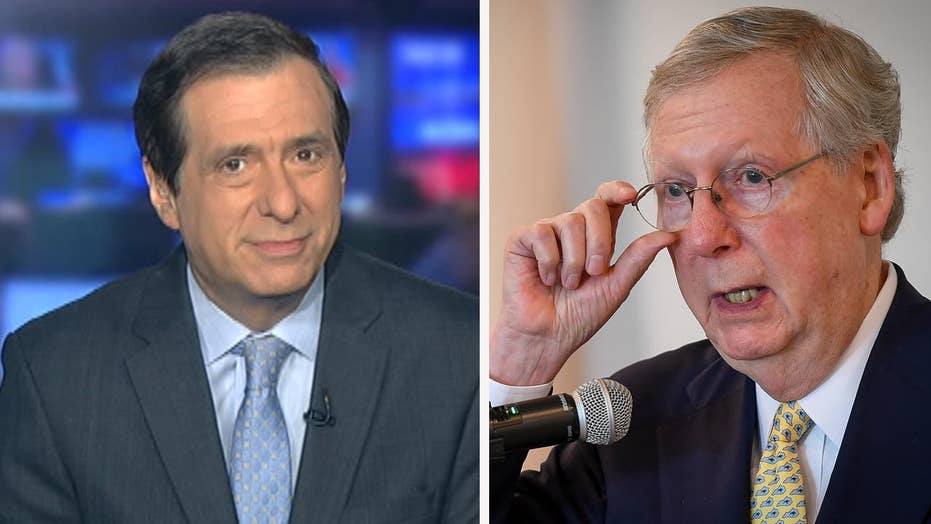 Kurtz: Why media are mauling McConnell

Donald Trump is taking the heat for the implosion of the Senate health care bill, which is what happens when you’re president and your party controls both houses of Congress. But there is another Republican who is getting pummeled in the press.

His name is Mitch McConnell.

Now the Senate majority leader is good at his job. But I doubt that even LBJ, in his Senate arm-twisting days, could have pushed through a bill so unpopular with the public and such anathema to two competing factions.

It’s easy to blame tactics when everyone does their tick-tocks, and the Kentucky senator may have made some missteps. But the bill ultimately failed because of the substance: it was too weak at changing ObamaCare for the most conservative GOP senators and too draconian in reducing coverage for the most moderate ones. And the majority, with 52 members, could afford to lose just two votes against united Democratic opposition.

Still, we live in a winners-and-losers media culture. Had the Senate passed the bill, McConnell would have gotten much of the credit. So it’s natural that he’s taking much of the blame.

True, the president isn’t giving up, and after a White House lunch with nearly all the GOP senators, McConnell said he still wants a vote next week on a repeal-only bill, with the replacement can kicked down the road. With three Republican senators already saying they’ll oppose that move, that may not happen.

I suspect McConnell would like to be done with this thorny issue and move on to tax cuts and infrastructure, but he can’t buck the president, at least when it comes to playing this out.

"Yet McConnell has no one else to blame for the position he put himself in. Even as theories persisted in the Capitol that he might actually want the bill to fail, McConnell gamely tried everything during the past two months to reel in the necessary 50 votes."

The New York Times lays out some of McConnell’s stumbles, saying he "farmed out the remaking of 17 percent of the economy to a small group of senators, all Republican white men. The bad first look did not fade."

Erick Erickson, the conservative blogger, says in a FoxNews.com piece: “It's time for Senate GOP to ditch Mitch McConnell so that Trump's agenda can succeed.”

Ben Domenech, editor of the Federalist, minces no words, describing “a devastating and embarrassing failure by a leader who had promised the president and his conference that this would get done. Wouldn’t a more trusted majority leader, one who didn’t need cliffs to govern, have pulled this legislation over the goal line?...

"The reality is that the monopartisan backroom approach has utterly failed, and running the Senate like McConnell’s personal fiefdom isn’t working. The conservatives have been frustrated with this for some time. Now, they’re no longer alone."

Fox commentators, especially on the right, were more inclined to blame McConnell than Trump, who has the biggest bully pulpit.

Sean Hannity told viewers that “enough is enough when it comes to congressional Republicans breaking their word and failing to deliver! It’s time, the GOP—you either step up and get the job done or get out of Washington.” He also took a whack at “pampered,” “overpaid” and “spoiled” lawmakers.

McConnell is not the most charismatic guy in Washington. He’s a classic behind-the-scenes player. Now he’s getting blamed, as John Boehner once did, for not being able to deliver his caucus.

But there’s a reason the Republicans don’t have the votes, and it’s not Mitch McConnell.