Earlier in the day, Pelosi unveiled a "McConnell's Graveyard" poster, listing several legislative items, written on tombstones, suggesting that the GOP leader was happy to stall the measures in Congress, McConnell explained on "The Ingraham Angle."

The list included the For the People Act, the Equality Act, the Paycheck Fairness Act and Gun Violence Prevention.

"She's got it right," McConnell said, referring to Pelosi. "She's got it absolutely right. For the first time in my memory, I agree with Nancy Pelosi."

"I am indeed the 'Grim Reaper' when it comes to the socialist agenda that they have been ginning up over the House with overwhelming Democratic support, and sending it over to America," he added. "Things that would turn us into a country we have never been."

Pelosi's poster included a quote from McConnell, in which he called himself the "Grim Reaper" in regard to keeping some of the Democrats' legislative priorities from reaching President Trump's desk.

"None of those things are going to pass the Senate. they won't even be voted on. So think of me as the Grim Reaper," McConnell had said. 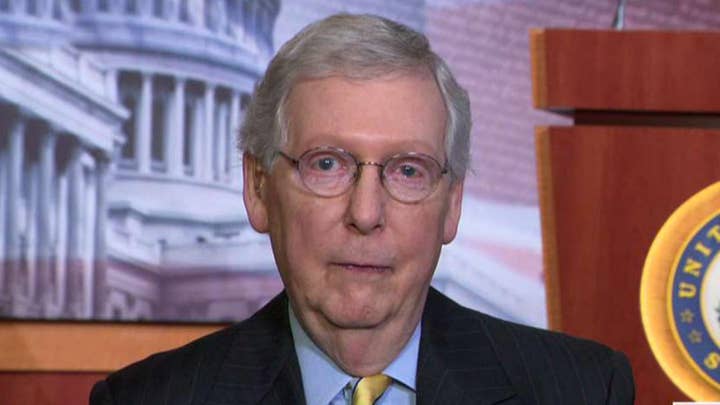 McConnell told Ingraham he does not plan to approve any items that would move the country in a left-wing direction.

"This is full-bore socialism on the march in the House. As long as I'm the majority leader of the Senate, none of that stuff is going anywhere," he said.

The Republican mentioned several items he opposes that he claimed some Democrats support, including the addition of a new state to the Union.

"They plan to make the District of Columbia a state. That would give them two new Democratic senators," he said.

"They are on the way to doing some additional things ... the Green New Deal, Medicare-for-all," he added. 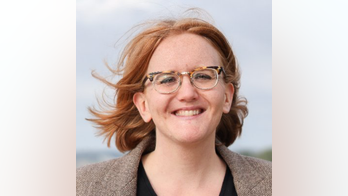