Minutes before, McConnell voted to acquit former President Trump in his second impeachment trial. Yet the Kentucky Republican immediately seized the floor and railed against Mr. Trump. It was McConnell’s second speech where he shredded the President’s conduct in the months leading up to the riot. And, this marked McConnell’s fourth address where he punctured conspiracy theories and tripe about a stolen election.

"He was hedging all over the place," fumed Pelosi. "It was a very disingenuous speech."

She argued McConnell "tried to have it every which way."

In fact, Pelosi said she wouldn’t have appeared at a news conference with House impeachment managers late Saturday had it not been for McConnell asserting the Senate couldn’t have "received" the House’s charge against the former President while he was still in office.

And thus, enters the balancing act for the Kentucky Republican.

It’s one thing for a political party to be "big tent." It’s another for a party to operate under the big top – and simultaneously traffic in the next Pizzagate conspiracy theory on 4chan. Those goals are incongruent. McConnell knows it. And he realizes the party has a chance to make a break with the former President – especially ahead of the 2022 midterms.

The Minority Leader knows Republicans only need to flip one seat and he will again rule the Senate as Majority Leader. But McConnell is too aware of how easy it can be to screw this up.

Consider the GOP senators who are retiring: Sens. Richard Shelby, R-Ala., Rob Portman, R-Ohio, Pat Toomey, R-Penn., and Richard Burr, R-N.C. Republicans are split over just how helpful a vanquished, double-impeached former President can be in those midterms. Democrats would struggle to win Alabama. Ohio, Pennsylvania and North Carolina are excellent pickup opportunities for Democrats.

It depends who the GOP nominates to succeed Shelby, Portman, Toomey and Burr.

Democrats unexpectedly seized Alabama’s other Senate seat for three years after the GOP nominated Judge Roy Moore in 2017. Moore was so far outside the mainstream that former Sen. Doug Jones, D-Ala., prevailed in a special election. Nominate someone like Moore, a QAnon candidate, or in the eyes of McConnell, a GOPer aligned too closely with the former President, and Democrats may have a chance in Alabama. 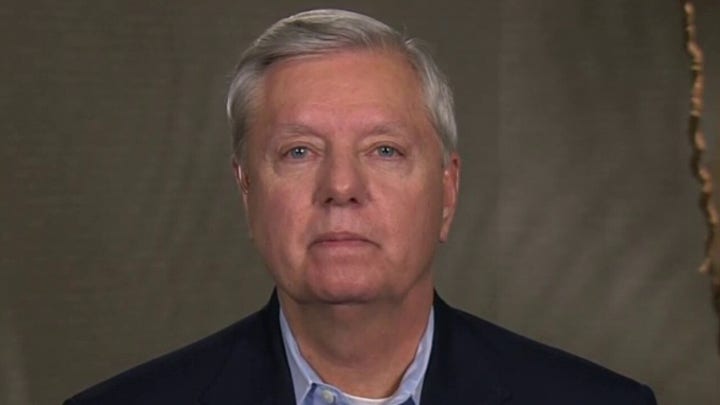 Pennsylvania will be a battleground, especially considering how close the presidential contest was there.

Rep. Mark Walker, R-N.C., is running to succeed Burr. But the real question is whether Lara Trump, the daughter-in-law of the former President and a North Carolina native, may run. That could be the ultimate test of the post-presidency Trump brand.

Republicans have a shot at winning back the seat captured in a special election last fall by Sen. Mark Kelly, D-Ariz. The same seat is up again in 2022. Kelly’s 2020 opponent, former. Sen. Martha McSally, R-Ariz., defeated Arizona GOP party chair Kelli Ward in the primary. Ward may run this time. Ward may work in the primary. But unclear how that would play statewide.

This is to say nothing of GOPers trying to win a seat in Georgia. Sen. David Perdue, R-Ga., announced he is running against Sen. Raphael Warnock, D-Ga., after losing the other seat to Sen. Jon Ossoff, D-Ga., in the runoff. That’s a winnable seat for Republicans.

Democrats would also angle to take out Sen. Ron Johnson, R-Wisc. Johnson pulled out a narrow win in 2016, bolstered by Mr. Trump’s victory. Johnson even questioned the severity of the insurrection at the Capitol on 1/6.

McConnell may not have voted to convict. But he verbally incinerated the former President on the floor.

"There is no question that President Trump is practically and morally responsible for provoking the events of (January 6)," said McConnell. "Their having that belief was a foreseeable consequence of the growing crescendo of false statements, conspiracy theories and reckless hyperbole which the defeated President kept shouting into the largest megaphone on planet Earth."

McConnell said that as the mob ransacked the Capitol, President Trump "watched television happily as the chaos unfolded. He kept pressing his scheme to overturn the election." McConnell noted that Mr. Trump "seemed determined to either overturn the voters’ decision or else torch our institutions on the way out."

McConnell had seen the fissures among House Republicans after Cheney voted to impeach. He also knew, politically, that it would be untenable for him, as GOP Leader, to take a position to the contrary of the majority of his conference in the impeachment trial. 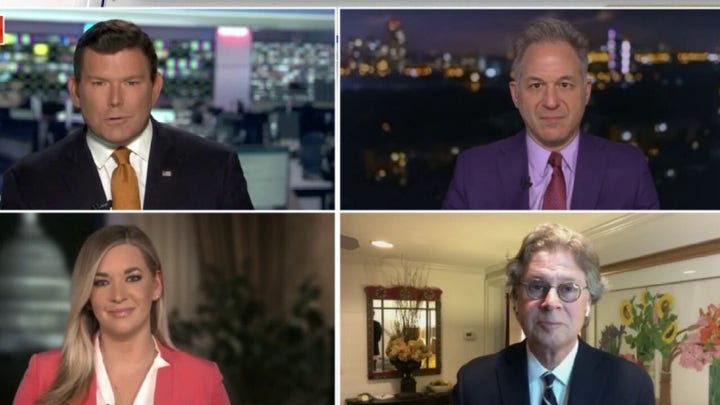 So, McConnell tried to thread the needle. He voted to acquit and then lit up the former President. McConnell believes the GOP won’t have any chance to win the Senate if it nominates extreme candidates in the states mentioned above.

In 2010, GOPer Christine O’Donnell lost a winnable Senate seat in Delaware after she had to refute allegations she was a witch. GOP Nevada Senate nominee Sharron Angle was too extreme to take out then Senate Majority Leader Harry Reid, D-Nev. In 2012, GOP Indiana Senate nominee Richard Mourdock said controversial things about rape. That cost Republicans the seat, helping propel former Sen. Joe Donnelly, D-Ind., to victory. A similar situation unfolded – also on the subject of rape – with then Rep. Todd Akin, R-Mo.. Akin’s comments about rape bolstered the campaign of former Sen. Claire McCaskill, D-Mo., to re-election.

GRAHAM WEIGHS IN ON MCCONNELL-TRUMP FEUD, SAYS HE'S 'MORE WORRIED' ABOUT 2022 THAN EVER

Of course, it remains to be seen if McConnell’s gamble will pay off. Or, if he can truly lance President Trump from the GOP. And, for McConnell, it’s unclear if breaking with the former President is a wise decision politically.

No one did more for the presidency of Donald Trump than Mitch McConnell. Muscling through the nominations of Supreme Court Justices Neil Gorsuch, Brett Kavanaugh and Amy Coney Barrett. Passing tax reform.

But after four years, everyone knows how this transaction works when it comes to Mr. Trump. The former President made his views of the Senate Minority Leader well known.

"Mitch is a dour, sullen, and unsmiling political hack, and if Republican Senators are going to stay with him, they will not win again," said President Trump.

Republicans are drawing battle lines inside their own party. This is an internecine brawl between forces loyal to President Trump and, those like McConnell, who want to cut the cord. Especially, after the 1/6 riot.

Watch to see if some Republicans want to cut McConnell loose in the coming weeks.

McConnell may find himself, as Pelosi said, having "it every which way."

But, still, after a second impeachment trial and the 1/6 Capitol assault, there still appears to be only one way in the GOP: the Trump way.