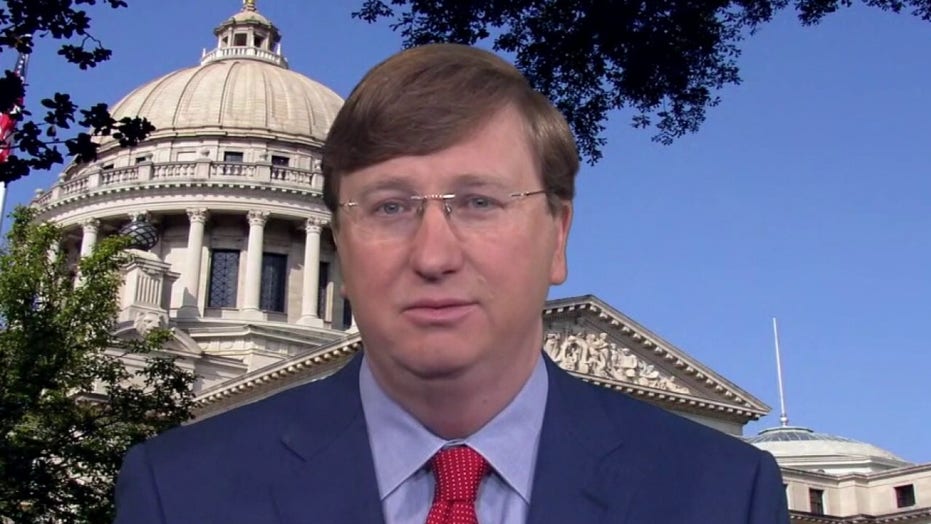 Mississippi Gov. Tate Reeves defended on Sunday his decision to back off easing social distancing restrictions after his state experienced the largest single day jump in both new coronavirus infections and deaths tied to the disease.

Speaking on “Fox News Sunday,” Reeves said that the state had experienced “a blip” because it received the results of a number of tests all at once, but that he wanted to be cautious and investigate the data before relaxing any more social distancing guidelines.

“We didn’t have time to analyze the data before we made the announcement and we are trying to be very cautious,” Reeves said. “And so we said ‘let’s analyze the data over the weekend,’ and what we have found is it’s really a dump. We had a large number of tests that came in from out of state, private labs.”

Reeves added: “It was a one day blip, but we wanted to make sure we investigate that data before we make a final decision, so we delayed it.”

Reeves' walk-back on the easing of restrictions came on Friday after the state announced 397 new coronavirus cases and 20 more people died.

Reeves, however, also defended his decision to ease restrictions before many other states have done so.

“You have to understand that Mississippi is different than New York and New Jersey,” Reeves said on “Fox News Sunday." “What we have seen is for the last 35-40 days, we’ve been between 200 and 300 cases without a spike. Our hospital system is not stressed, we have less than 100 people in our state on ventilators.”

The Republican governor also addressed a recent protest in the state capital of Jackson over the lockdown orders. Numerous protests have struck states in recent weeks as residents express anger over stay-at-home orders amid job losses and the economic fallout tied to the coronavirus pandemic.

In Mississippi, where demonstrators gathered across from the governor's mansion, many expressed their dissatisfaction at the gradual relaxation of the business and social distancing restrictions established by the governor. The restrictions have been credited by Reeves for limiting the spread of COVID-19 in the state, but the protesters -- some of whom are small business owners, want the governor to fully reopen the state.

Reeves said Sunday that he understands their frustration and promised “we're doing everything in our power to get our, our state back open as soon as possible.”

“I think a fundamental right of our government is to be able to protest our leaders and, you know, most of the people that were protesting voted for me last year,” Reeves said. “We have a public health crisis in this country. There is no doubt about it, but we also have an economic crisis and so when I looked at those protesters I know they were protesting for the 200,000 Mississippians that have lost their job in the last six weeks."

He added: “We have a long-term economic crisis; is going to be very difficult for this country. And I understand and I feel their pain.”