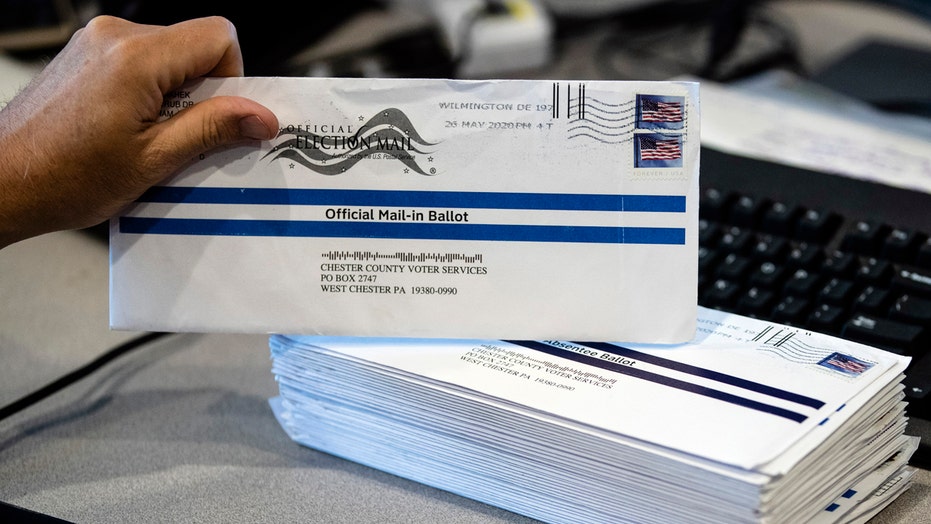 Two Minnesota Republicans have filed a lawsuit against the state over its decision to count ballots that are received a week after the Nov. 3 presidential election.

Secretary of State Steve Simon signed a consent decree in August that agreed to allow Minnesota to count ballots "validly cast and postmarked on or before Election Day but received by 8 p.m. within [five] business days of Election Day (i.e., seven calendar days, or one week)."

State Rep. Eric Lucero and GOP elector James Carson argue in their lawsuit filed Tuesday that Simon's decree "threatens the integrity of the upcoming election, will result in widespread and severe vote dilution, will (at a minimum) create substantial uncertainty and delay over Minnesota's ability to certify its results."

The Honest Elections Project, an advocacy group against election fraud, is backing the lawsuit.

Washington, Oregon, Colorado, Hawaii and Utah have successfully conducted all-mail voting for years, but concerns about the efficiency of the U.S. Postal Service as it descends into bankruptcy have sparked concerns and lawsuits across the country.

President Trump has been voicing his objection to the vote-by-mail process and potential ballot fraud for months as the coronavirus pandemic keeps people out of public spaces, arguing that fraud could potentially skew the accuracy of voter results during this year's election.

The president said on Aug. 21 that he doesn't think voters will know the results of the election "for two weeks" or "four weeks" after Nov. 3. Attorney General William Barr said on Sept. 3 that universal mail-in voting "as a matter of logic is very open to fraud and coercion, is reckless and dangerous, and people are playing with fire."

Stacks of ballot envelopes waiting to be mailed are seen at the Wake County Board of Elections in Raleigh, N.C. (AP Photo/Gerry Broome, File)

Critics argue that Republicans' claims are not based in fact and that U.S. Postal Service needs more funding from the federal government in order to successfully carry out an election in which millions of ballots will be cast by mail. House Speaker Nancy Pelosi has accused Trump of trying to "sabotage the election by manipulating the Postal Service to disenfranchise voters."

Social media sites including Facebook and Twitter have removed a number of the president's posts regarding the issue for violating their policies against misinformation.

Facebook founder Mark Zuckerberg on Sept. 3 expressed concern that ballots could take days or weeks to count, and frustration with the process could lead to "an increased risk of civil unrest across the country."