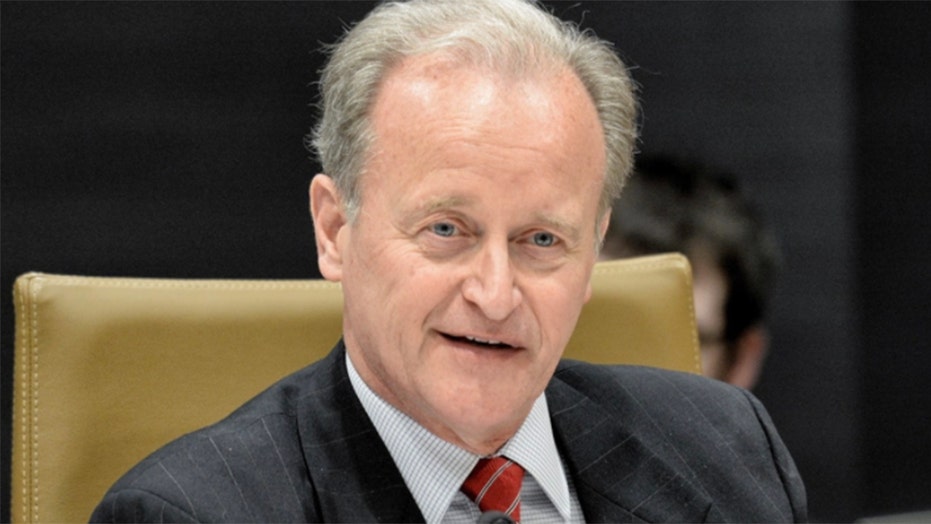 State Sen. Warren Limmer, a Republican and the assistant majority leader, saw a group of about a dozen or more Black Lives Matter protesters demonstrate outside his house on July 18. A two-hour-long video of the encounter was posted on the Facebook page of Alpha News before going newly viral this past weekend.

Limmer said that although authorities had alerted him of the planned protest and he had left his home by the time demonstrators arrived, the protests were "unnerving" to his wife and he felt bad for his neighbors, who had to deal with the protesters blocking "half the street" and the "profanity."

"We were watching it on my Ring doorbell and ... you get a different feeling when you see people slithering up to my front door, opening it and then pounding and yelling, demanding that I come out to greet the mob," Limmer said. "And it really isn't anything – that type of thing, no one in America should experience."

"You will come and talk to us, otherwise you will never run in (sic) office again," one man, who was shirtless and wearing what appeared to be a swim cap, yelled as he banged on Limmer's door. "You can't say that any more politely," he added as he walked away from the door.

A woman followed him with a more tactful approach: "We just want a little information here, that's all ... You could come out and talk with us, you know. That's one of the easiest ways to deal with people that are protesting you, is to come talk with us."

But, after asserting that the protesters have a right to hear what Limmer has to say, the woman continued, "[b]ut clearly you're not interested, so we have to come and follow you."

Later in the video, a man started banging on a drum while a woman yelled into a loudspeaker "make some noise!" then said the protesters would be there "all night." Limmer told Fox News the protest actually lasted about two hours.

As the police were chased off, one woman said "the reason we're saying f--- 12 is because y'all have constantly violated and disrespected us. So don't come here for nothing. We don't need you, we're not doing anything wrong. We're protesting a man that won't pass a bill and do the right thing."

Limmer is far from the only politician in recent months to have demonstrators show up at his door. Washington, D.C., Mayor Murial Bowser's home was protested last month, as well as Chicago Mayor Lori Lightfoot's and Seattle Mayor Jenny Durkan's. According to the Seattle Times, messages written on a street at Durkan's home read "Guillotine Jenny" and "Resign Bi---." Durkan, after a demonstration on her home, asked the city council to investigate the councilwoman who led protesters there "with reckless disregard of the safety of my family and children."

"You had a rather solemn and dignified request for that freedom to be given to people in the South about desegregation and pursuing civil rights. And it was solemn, it was dignified, and it was in order," he said.

"Compare that today to Black Lives Matter, when much of those rights that were fought for back in the 1960s have already been given, but now you have nothing but a loud, profane mob coming to people's houses," he continued. "I don't think we've effectively compared that."

Limmer, as the chairman of the Senate Judiciary and Public Safety Finance and Policy Committee in the Minnesota legislature, has been part of investigating what went wrong in the Minneapolis riots from late May that followed the death of George Floyd while in the custody of the Minneapolis Police Department. Floyd was pinned to the ground by a white police officer, who used his knee on Floyd's neck, for nearly nine minutes. The officer, Derek Chauvin, has been charged with second-degree murder.

The Minneapolis protests, which turned into some of the most destructive rioting in the U.S. in decades – including the destruction of a police precinct – sparked similar protests for racial justice across the country. Many of those protests were peaceful, but some turned into riots.