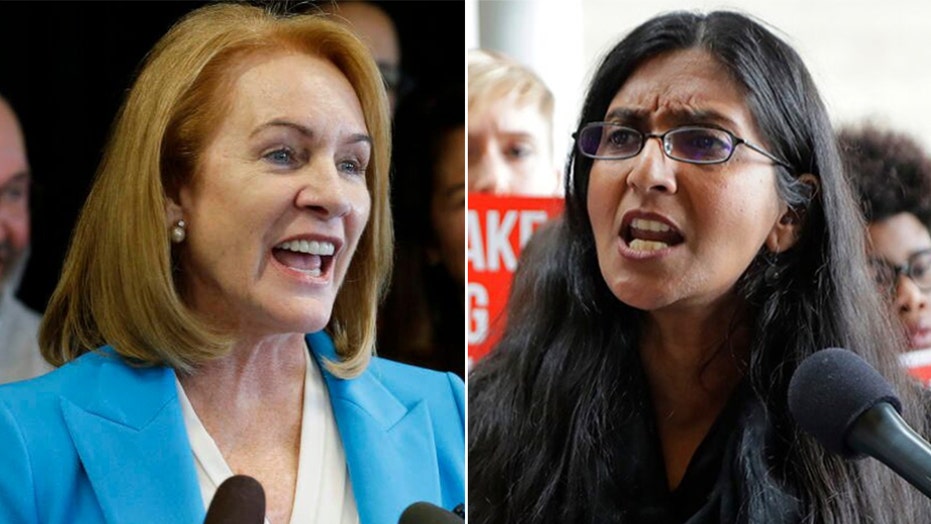 Seattle’s Democratic mayor is calling for the City Council to investigate a socialist council member over her "contemptuous behavior" during anti-police protests and other alleged abuses of office.

Mayor Jenny Durkan is accusing Council Member Kshama Sawant of allowing hundreds of protesters into City Hall after hours and without following coronavirus health guidelines, marching protesters to the mayor’s home and encouraging protesters to occupy the city’s East Precinct, along with raising a handful of ethics concerns.

In an email to City Council President Lorena Gonzalez, the mayor argued that Sawant, a self-described socialist, is using her position as a city official “in violation of law” and for “recklessly” undermining other people’s safety “for political theatre.”

Durkan cited city law that allows the council to “punish or expel” a member for “disorderly or otherwise contemptuous behavior” -- in this case spearheading a protest at Durkan’s home, which is supposed to be at a secret location due to a state confidentiality program and safety concerns. The mayor has received threats in connection with her previous role as U.S. attorney.

Sawant allegedly led a crowd of protesters to Durkan's home and delivered a speech outside over the weekend.

“All of us have joined hundreds of demonstrations across the city, but Council Member Sawant and her followers chose to do so with reckless disregard of the safety of my family and children,” Durkan wrote.

The council member’s office did not immediately respond to Fox News' request for comment.

She has recently called for Durkan’s resignation in response to protests in the city over the death of George Floyd, who died in police custody in Minneapolis on May 25. She has also criticized the Seattle Police Department for its handling of the unrest.

The city pulled police out of the East Precinct building earlier this month after violent protests in the immediate area, and the space has since become the so-called Capitol Hill Organized Protest, or CHOP.

Demonstrators moved in and set up what they called a “cop-free zone.”

Police say emergency response times in the area have tripled and that officers are only responding to “life-threatening” incidents within the CHOP. Since it was established, there have been at least four shootings, two of which left a 19-year-old and a 16-year-old dead in separate incidents.

“Our movement rejects insinuations & falsehoods perpetuated by corporate & conservative media that this violence is outcome of CHOP or of our movement,” she wrote.

On Monday, Fox News correspondent Dan Springer and his crew escaped a heated confrontation with agitators in the CHOP after a mob forced them to skip a live report and abandon their vehicle.

Separately, the city announced that it would temporarily close Cal Anderson Park, at the heart of the CHOP, Tuesday at midnight to assess the damage and remove litter after three weeks of occupied protests.

Durkan has seemingly flipped her position on the CHOP protesters, referring to the occupation early on as a “block party” before announcing last week that the city would dismantle the encampment following an outbreak of violence and crime.

Demonstrators derailed efforts to dismantle the CHOP last week when they laid down in the street to block transportation crews and heavy machinery from removing barricades around the occupied zone. Workers returned Tuesday and removed some of the concrete roadblocks.