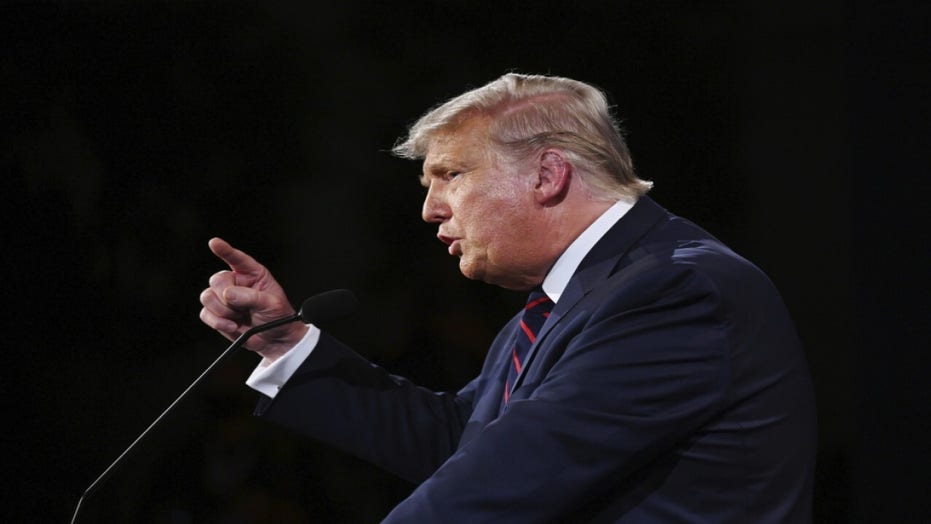 The country was 'booming' under Trump administration before coronavirus pandemic: Charles Payne

FOX Business' Charles Payne on Trump and Biden's exchange over economic plans during the presidential debate.

Lewis has vowed in a press release to appeal and framed the decision as a reason to support Republican senators.

"You haven’t heard the last from us on this issue. This is why federal judgeships are so important and why the election of U.S. senators who confirm them is as well," he said.

When Lewis announced the lawsuit in May, he portrayed Walz's stay-at-home executive orders as a threat to basic liberties. "Our action serves notice on the state that it too has limits, especially when its arbitrary actions encroach on the freedoms of Minnesotans," he said.

He highlighted his "Reopen Minnesota" RV tour, through which, he said, the campaign met with small businesses across the state.  State orders previously restricted non-essential travel, although that rule ended in May. Current orders allow up to 10 people for indoor gatherings and 25 for outdoor.

According to the state's health department, it has seen more than 99,000 cases of the virus and 2,036 deaths, with the vast majority of cases (1,458) involving individuals who resided in long-term care or assisted living facilities.

Lewis' suit touched on a common refrain among Republicans critical of coronavirus restrictions -- namely that they're unnecessarily burdening Constitutional rights. Political leaders, however, have sought to justify the restrictions on public health grounds and Frank reportedly said the state possesses the power to restrict activity when faced with a crisis.

In May, Walz's spokesperson said: "the governor’s actions have been grounded in the need to protect the health and safety of Minnesotans." Keith Ellison, the state's Democratic attorney general, accused Lewis of tying up the legal system with a frivolous lawsuit. “Jason Lewis is tying up our legal system with a frivolous, political lawsuit about how the pandemic has inconvenienced him personally while Minnesotans are caring for each other by staying safe at home," he said, according to Minnesota Public Radio.