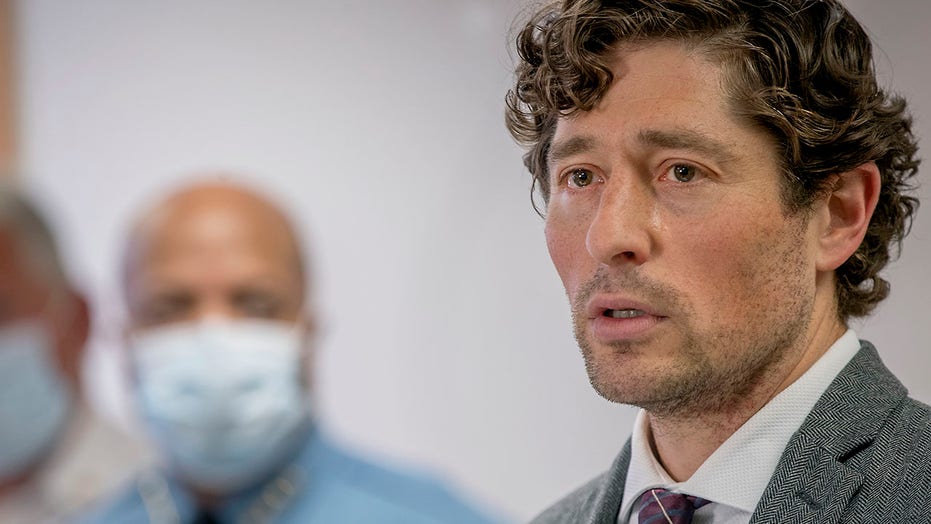 Before George Floyd died in police custody this week, triggering destructive riots as large crowds protested in Minneapolis, the city's mayor, Jacob Frey, warned that allowing 25 percent capacity in churches would be "a recipe in Minneapolis for a public health disaster" due to the coronavirus.

Now, as his city is overwhelmed by crowds causing property damage and clashing with police, Frey's own government said that it is giving out masks to the rioters -- even though the state has prohibited gatherings of 10 or more people because of the pandemic.

The comments Frey made came Monday on "CNN Newsroom" as the mayor discussed Gov. Tim Walz's plan to allow the limited reopening of churches amid the coronavirus pandemic with host John King. Frey alluded to King that he may flout the governor's guidance -- which would allow churches to operate at 25 percent capacity with no more than 250 people whether indoors or outdoors -- because he said it may put the people of his city in danger.

"I support our governor, I think he's doing a tremendous job and he's looking out for the entire state of Minnesota, whereas I'm looking out for the unique characteristics associated with the city of Minneapolis," Frey said. "Moving up to 25 percent capacity and up to 250 people in places of worship is a recipe in Minneapolis for a public health disaster."

He continued: "That is not the route that we can or should be going on right now. We are considering some form of an emergency regulation ourselves to prevent that number of people gathering in one place."

The Monday comments from Frey underscore how quickly things have changed in Minneapolis. Instead of worrying about keeping worshipers out of their churches or mosques or synagogues, Minneapolis has been unable keep looters out of its stores or its buildings from being burned. Police in riot gear have had debris hurled at them and rioters even took over and burned a police precinct.

Frey, in a plea for peace Thursday night, noted that his government was giving face masks to rioters in an effort to slow coronavirus spread.

"The City encourages everyone to exercise caution to stay safe while participating in demonstrations, including wearing masks and physical distancing as much as possible to prevent the spread of COVID-19," a press release read. "The City has made hundreds of masks available to protesters this week."

Minnesotans, although Walz is slowly lifting some of the state's coronavirus restrictions, are still technically subject to a number of other limitations when it comes to their public lives.

According to Walz's latest order, gatherings of more than 10 are prohibited; people "must" telework if they can, even for critical businesses; retail stores may only have 50 percent capacity; gyms and bowling alleys are closed; outdoor gatherings are drive-in only; and pools are closed to everyone except for youth programs. 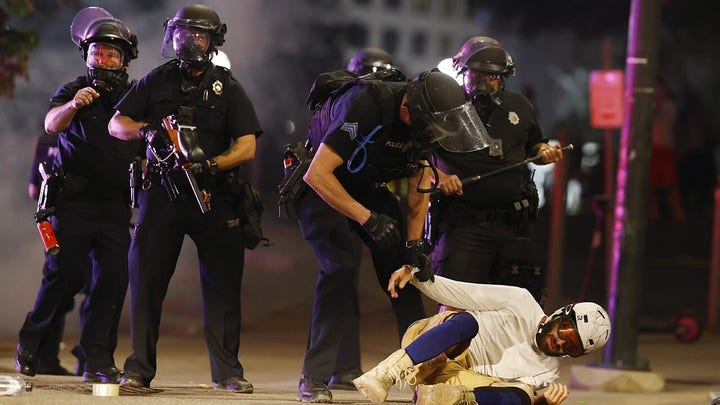 Republicans are now arguing that the situation in Minneapolis is out of control.

Trump, for his part, has threatened to bring in the National Guard -- which he tweeted on Friday morning "has arrived on the scene" -- and argued that Frey is "very weak." 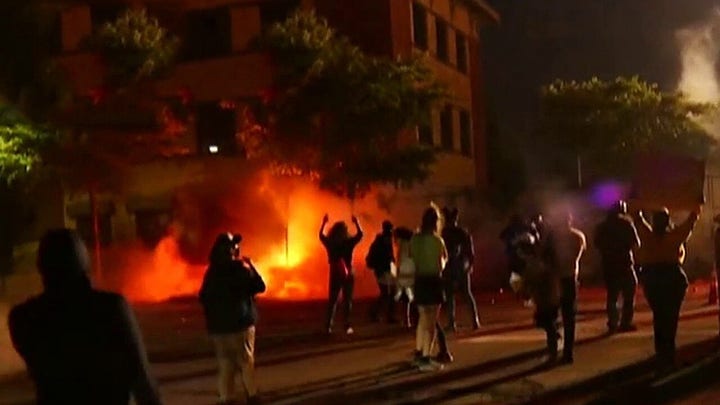 "I can’t stand back & watch this happen to a great American City, Minneapolis. A total lack of leadership. Either the very weak Radical Left Mayor, Jacob Frey, get his act together and bring the City under control, or I will send in the National Guard & get the job done right," Trump tweeted Thursday night.

A second tweet from the president further threatened that the federal government could "assume control" and was later flagged by Twitter for violating its rules about "glorifying violence."

"These THUGS are dishonoring the memory of George Floyd, and I won’t let that happen," Trump said. "Just spoke to Governor Tim Walz and told him that the Military is with him all the way. Any difficulty and we will assume control but, when the looting starts, the shooting starts. Thank you!"

The comment about "when the looting starts, the shooting starts" is similar to language used in 1967 by a Miami police chief on how he would deal with "young hoodlums, from 15 to 21, who have taken advantage of the civil rights campaign."

Twitter and the White House have sparred over the addition of the warning label to Trump's tweet.

The CNN comments Frey made Monday were not the only time he discussed his desire to keep people out of places of worship.

"We've spoken with faith leaders from across our Twin Cities, and what we've heard loud and clear is a strong, unified commitment to protecting the health of their congregations and continuing to hold services remotely," said a joint statement from Frey and St. Paul Mayor Melvin Carter last Saturday. "Any large in-person gathering amid this pandemic puts people at risk."

Frey himself added on CNN Monday: "Oftentimes, older, senior citizens, attending services, singing and breathing and at times, even with physical distancing, they're in close proximity to one another... We need to be looking our for public health right now and the truth is there is no right to put other peoples' health at risk."

Floyd Monday died while in police custody, as an officer used his knee to pin Floyd to the ground by his neck. The officer who choked Floyd as he begged for air, Derek Chauvin, and three other Minneapolis police officers involved were fired. The Associated Press reported Friday afternoon that Chauvin was arrested. Many have called for Chauvin to be charged with murder, including Rep. Ilhan Omar, D-Minn., who represents Minneapolis.