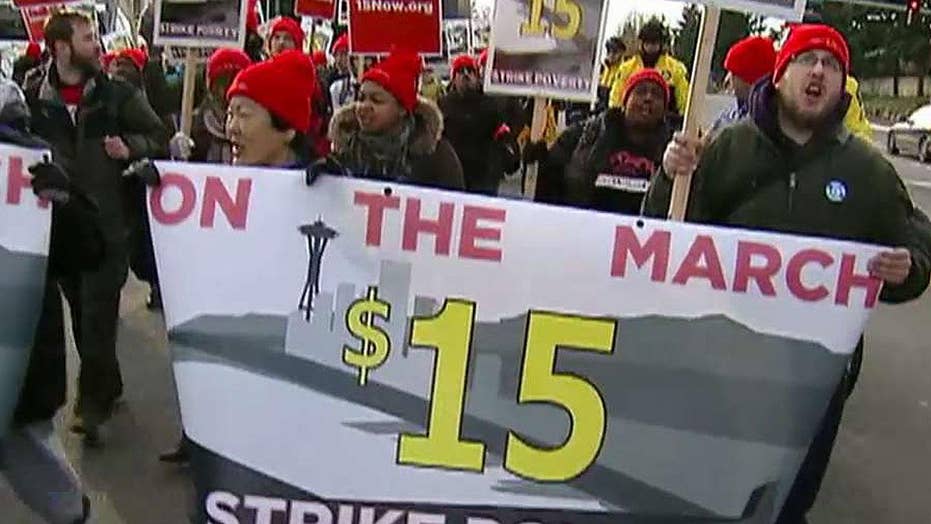 A new study commissioned by a Washington, D.C., suburb could send a warning shot to local governments taking up the ‘Fight for $15’ – predicting a proposed minimum wage hike would cost thousands of jobs and millions of dollars in lost income.

The study was conducted to assess the impact of a proposal in Montgomery County, Md., to raise the minimum wage to $15, up from $11.50. Such a proposal cleared the county council in January but was vetoed by County Executive Isiah Leggett, who commissioned the study.

The results could strike a blow to ongoing efforts in the liberal-leaning county to hike the wage, finding:

“The proposed increase in the County minimum wage has the potential to provide some important benefits,” the study noted. “An increase in earnings for low-wage County workers will have tangible positive impacts for low-income workers and their families. This should also lead to reductions in poverty, improvement in mental health and a reduction in hunger and stress among minimum wage workers.”

But it continued, “… At the same time, it is also projected that the wage increase will lead to a significant loss of low-wage jobs. This loss of jobs would lead to a loss of income among County residents. This also has the spillover effect of reduced income tax revenue for the County.”

BUSINESSES WARN OF PRICE HIKES AS WAGE INCREASES KICK IN

The study was released at the end of July, the same month more than a dozen other cities and counties started their fiscal year with a minimum wage increase.

Some of those increases are modest, while others are aiming for the $15-an-hour benchmark that has become a rallying cry of the left. This debate has been particularly heated in Seattle, where the $15-an-hour wage has divided employers and scholars – dueling studies were released earlier this year, with one showing the wage hike cost jobs and another showing the opposite.

In the Maryland study, supporters of a wage increase reportedly took issue with the fact that consultant PFM based the study on the predictions of employers, with one calling it “nonsense.”

But according to The Washington Post, Leggett said even if employers cut half the jobs predicted in the study, “those are some startling numbers. You can’t discount it all.”