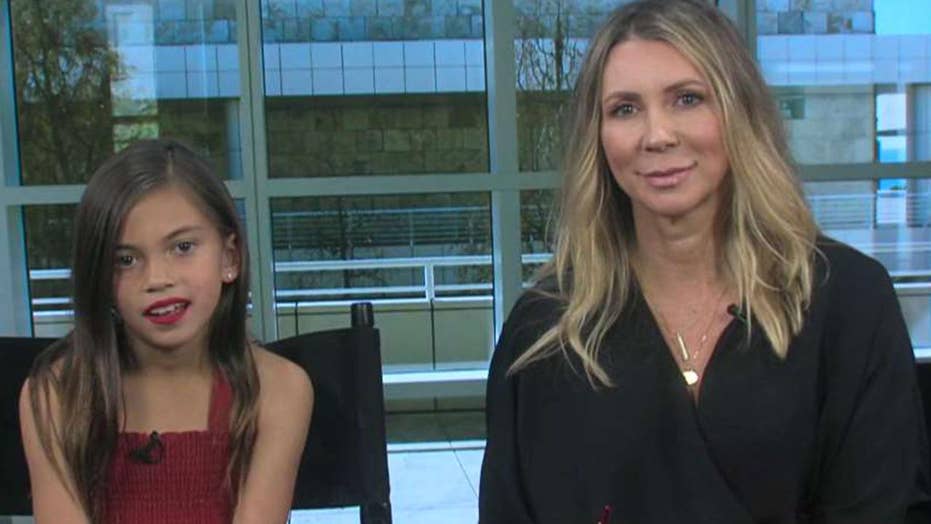 Ava Martinez, the 8 year-old who impersonates Rep. Alexandria Ocasio-Cortez, D-N.Y., released another video on Tuesday in which she mocks the freshman congresswoman's knowledge of socialism.

"Hello, like, I'm AOC, because I can't spell Alexandria Ocasio Cortez. So, it turns out socialism is not short for social media," Martinez said, while wearing lipstick and glasses similar to the real Ocasio-Cortez.

"I should have known it wasn't short for social media because the only other socialist is a 93-year-old man from Vermont," she said, referring to Sen. Bernie Sanders, I-Vt. "There's no way Bernie's Instagram is lit."

The video accompanied a tweet listing a series of fake slogans that seemed to take shots at Ocasio-Cortez's inexperience and her climate change warnings.

"AOC in 2023!" one slogan read, apparently implying that Ocasio-Cortez wouldn't know when the next midterm election would occur.

Although Ocasio-Cortez is not running for president in 2020, she appeared to be influential in the race. Both Sanders and Sen. Elizabeth Warren, D-Mass., reportedly vied for her endorsement and former Vice President Joe Biden tied his climate change plan to Ocasio-Cortez's so-called Green New Deal.

Republicans have invoked Democrats like Ocasio-Cortez to focus attention on what they see as Dems' growing "socialist" influences.

In Tuesday's video, "Mini AOC" said she'd finally realized how bad socialism was, asking, "Who would anyone want the government running their life?"

"I work in government and like, I had to get a new computer because my old one had so much white-out on the screen. Would you want me running your life?" she asked.

In another video posted in April, Martinez took aim at Ocasio-Cortez's stance on climate change. “Like, in July, the climate was 96 degrees and in February the climate was 36 degrees. OMG, like that’s a huge change in the climate," she said.