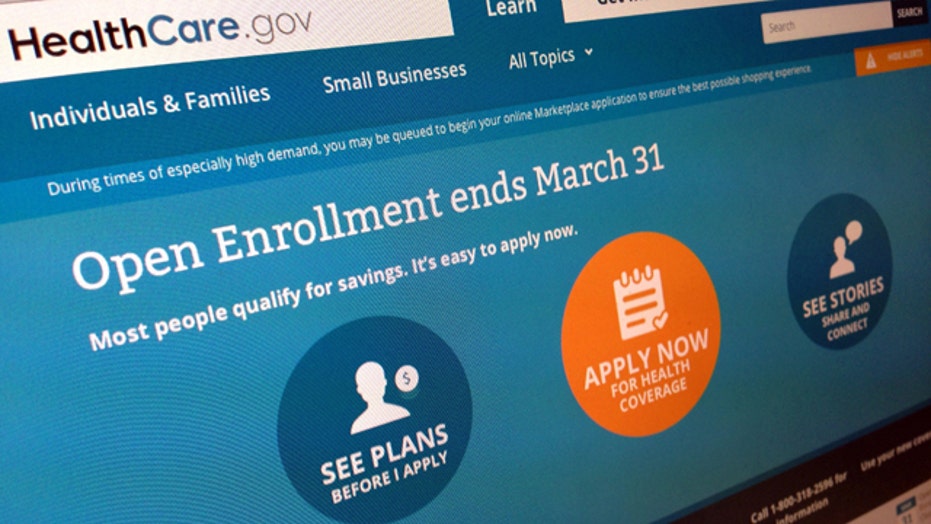 A new congressional report has estimated that more than 25 million Americans without health insurance will not be made to pay a penalty in 2016 due to an exploding number of ObamaCare exemptions.

The Wall Street Journal, citing an analysis by the Congressional Budget Office and the Joint Committee on Taxation, reported that the number of people expected to pay the fine in 2016 has dwindled to four million people from the report's previous projection of six million. Approximately 30 million Americans are believed to be without health insurance.

The latest report is likely to spark fresh concerns among insurers, who have maintained that the number of exemptions to the law's individual mandate are resulting in fewer young, healthy people signing up for health insurance. An insurance pool skewed toward older, comparatively unhealthy people is likely to result in premiums rising.

The Act provided exemptions to the penalty for certain groups, such as illegal immigrants and members of certain Native American tribes or religious sects. The Obama administration has since added exemptions for hardships like domestic violence, property damage suffered in a fire or flood, or having a health plan canceled when ObamaCare came into effect this past October 1. One exemption, written as being for people who "experienced another hardship acquiring health insurance" does not require documentation.

Residents of 21 states who have opted not to expand their Medicaid program under the health law may also be exempt from the penalty. The Journal reports that more than 4 million Americans who receive subsidies through the federal ObamaCare exchange could qualify for hardship waivers if the subsidies are struck down in court.

The Affordable Care Act was narrowly upheld by the Supreme Court in June 2012 in a ruling based in part on acceptance of the administration's argument that the law's individual mandate was not a tax. Republicans have argued that the Obama administration has undermined its own argument by issuing so many exemptions and should scrap the mandate completely.

The Centers for Medicare and Medicaid Services told the Journal that approximately 77,000 individuals and families have requested an exemption as of this past April. However, that number is expected to rise because many exemption requests can only be claimed on tax returns filed in 2015.

The Obama administration has given people whose insurance plans were canceled because they did not meet ObamaCare's minimum coverage requirements an exemption that runs until October 2016. They are also allowed to buy a minimum amount of coverage originally available to people under 30.