Border agents take to the sky amid increasing migrant crossings

There were more than 200,000 migrant encounters at the southern border in August, Customs and Border Protection (CBP) confirmed on Wednesday, the second month in a row where the number has been over the 200,000 mark as migrants continue to attempt to enter the U.S.

In August, 49% of apprehensions were single adults, down 7% from July, and 44% of migrants overall were expelled via Title 42 public health protections put in place under the Trump administration and extended by the Biden administration.

There were 18,847 encounters of unaccompanied children in August, down slightly from July, and 86.487 encounters of family units, marking a 4% increase over July. Just 19% of encounters involving family unit individuals resulted in a Title 42 expulsion.

"The men and women at CBP continue to step up to meet the demands of high numbers of encounters at our southern border," acting CBP Commissioner Troy Miller said in a statement. "CBP recorded 2 percent fewer encounters in August than July. The vast majority of single adults encountered in August, along with a substantial share of families, continued to be expelled under the CDC's Title 42 authority."

The Biden administration has faced fierce criticism for its handling of the crisis along the U.S.-Mexico border, which Republican critics have blamed on the dramatic rollback of Trump-era policies like border wall construction and the Migrant Protection Protocols (MPP). It has also narrowed interior Immigration and Customs Enforcement (ICE) priorities and pushed hard for legalization of illegal immigrants already in the country. It has also been releasing migrants into the interior, processing UACs to sponsors already in the country and releasing migrant families -- angering Republican governors and other lawmakers.

The Biden administration has pushed back, blaming the Trump administration for sealing off legal pathways to asylum, while emphasizing the role that root causes -- like poverty, violence and corruption in Central America -- play in encouraging migrants to travel north. 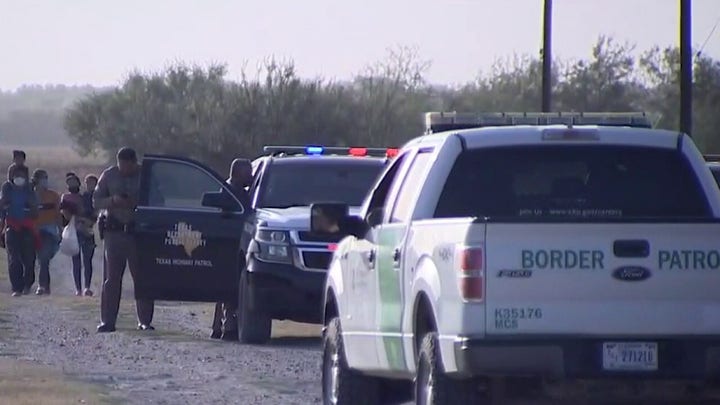 DHS Secretary Alejandro Mayorkas said the administration intended to continue with its border strategy, which he said involves rebuilding "safe, legal and orderly pathways for migrants," improving processing, and going after smugglers.

"We have a plan, we are executing our plan and that takes time," he said last month when he announced the July border numbers.

He also told Border agents in audio leaked to Fox News that the situation is "unsustainable."

"A couple of days ago I was down in Mexico, and I said look, you know, if, if our borders are the first line of defense, we're going to lose and this is unsustainable," Mayorkas said. "We can't continue like this, our people in the field can’t continue and our system isn't built for it."

The administration was dealt a significant legal blow recently when the Supreme Court refused to delay an order forcing the Biden administration to re-implement the Migrant Protection Protocols -- a Trump-era policy that keeps migrants in Mexico as they await their hearing.

DHS has said it is working on implementing that order in good faith, while a Border Patrol source in La Joya, Texas, told Fox News that they are now sending all families back to Mexico, unless they have a child under the age of 1, or if a migrant is pregnant.