State lawmakers in Michigan filed a lawsuit against Gov. Gretchen Whitmer Wednesday to compel her to reopen the state's economy after she extended her state of emergency declaration following weeks of protests that featured armed demonstrators at the state Capitol.

House Speaker Lee Chatfield and Senate Majority Leader Mike Shirkey, both Republicans, said they were left with no choice but to file a legal challenge in Michigan Court of Claims, saying Whitmer overstepped her authority with her extension, which lacked backing from the GOP-controlled Legislature.

"We’ve attempted to partner with our governor, but she’s rejected," Chatfield tweeted. "We offered cooperation, but instead she chose court. This was avoidable, but today we filed a lawsuit in our state to challenge her unconstitutional actions. The law in Michigan is clear, and nobody is above it."

Last week, Whitmer, a Democrat, extended the emergency order through May 28, hours before it was set to expire, and vetoed a bill that would have limited her powers. The extension came after dozens of demonstrators -- some armed with rifles -- gathered inside and outside the Capitol building in Lansing earlier in the day.

“Today Majority Leader Shirkey and Speaker Chatfield have taken a stand for the Michigan Constitution and the system of checks and balances our state and nation are built on," the Michigan Republican Party said in a statement announcing the legal challenge.

"No single person, despite their intentions, should be given unilateral power over our state indefinitely. The time has come for the Governor to work with the Legislature to get our state through this crisis," the statement continued. "After all, Michigan’s other governors have handled every other crisis in that fashion since our state’s founding.” 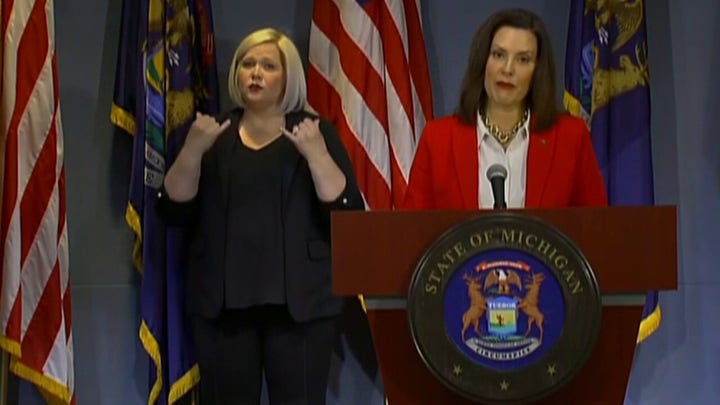 The power struggle between the Democratic governor and GOP lawmakers stems from her reluctance to reopen the state's economy amid the coronavirus pandemic. Public health experts have warned against prematurely easing restrictions over fears it could result in a spike in infections.

In a statement to Fox News, Whitmer's office said her decisions are based "on science and data, not political or legal pressure."

“This lawsuit is just another partisan game that won’t distract the governor," said Tiffany Brown, Whitmer's press secretary. "Her number one priority is saving lives. She has brought together leaders in health care, business, labor, and education to develop the MI Safe Start plan to re-engage our economy in a way the protects our workers and their families. Moving forward, the governor will continue to listen to medical experts and put the health and safety of Michiganders first.”

"During this public health crisis, there have been real opportunities for Republicans to help the people of Michigan," she said. 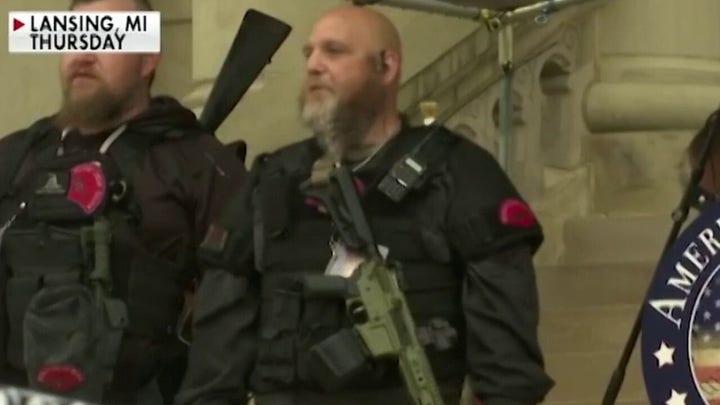 "From the day Republican leadership refused to institute remote participation, a move that would have allowed the legislature to consider legislation to provide relief in the face of COVID-19 weeks ago, Republicans have made it clear that their only agenda is partisan political games, power grabs, and a relentless effort to undermine the governor’s life-saving response to this deadly virus," she added.