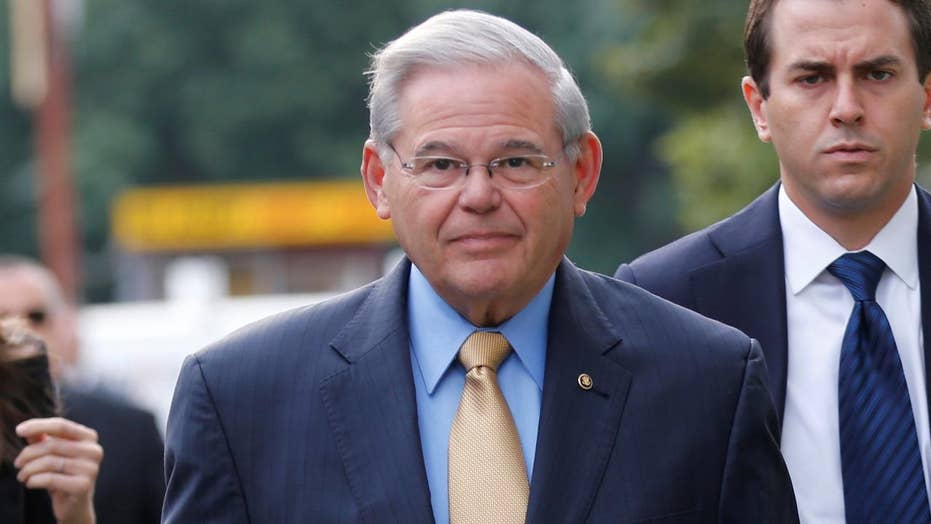 A woman who sat on the jury for weeks in the corruption case of New Jersey Democrat Sen. Robert Menendez opened up to reporters outside court Thursday after the judge dismissed her — and she predicted the trial would end with a hung jury.

The third day of jury deliberations ended Thursday afternoon with U.S. District Judge William Walls dismissing Evelyn Arroyo-Maultsby, a member in the 12-person panel, so she could spend time with her family.

As she left, the now-vacationing juror dropped a bombshell telling Politico and other media that Menendez “did nothing wrong,” and that the prosecution was trying to “railroad” him.

She added that if she had stayed on she would have voted in Menendez’s favor.

Menendez has been accused of accepting an array of donations and gifts from a wealthy friend in exchange for political influence. Both Menendez and the doctor, Salomon Melgen, have maintained their innocence.

“What I saw in the courtroom was, he was not guilty on all counts, and so was Dr. Melgen,” Evelyn Arroyo-Maultsby said outside the courtroom on Thursday. “They are friends. If I was rich and I had a lot of money and I want to take my friend somewhere, why can’t I?”

The juror got permission to go on vacation from Walls back in August when she was selected. The judge reassured her last week that she still would be able to go, and on Thursday named an alternate to take her place.

He also ordered the jury to begin fresh deliberations Monday.

The new jury is made up of seven women and five men.

Menendez thanked the female juror who was dismissed Thursday, and told reporters he has “faith” that when the new juror takes her seat on Monday that she will find him innocent.

“The jury has family, children, jobs. I get after nine weeks, 60 witnesses, hundreds of pages that they’re doing their job. And they also have challenges at home,” Menendez said before entering the courthouse. “So, you know, I’m happy to wait for the jury to come to a just verdict.”

On Tuesday, panelists asked Walls for the definition of a senator. The federal judge refused to answer.

He also declined a juror’s request Monday for a transcript of the closing argument by Abbe Lowell, Menendez’s attorney.

Walls told jurors they would need to rely on their memories.

The case marks the first time in almost a decade that a sitting U.S. senator faced a federal bribery charge.

According to the criminal complaint, the New Jersey Democrat greased the wheels for Melgen, a Florida ophthalmologist.

Even though a bribery conviction doesn’t mean Menendez would be forced to resign, the 63-year-old lawmaker likely would face intense pressure to step down.

A recent Fox News poll found that a majority of voters think Menendez should resign immediately if he is convicted.

Vice President Mike Pence has said that it would be “altogether inappropriate and wrong” for a convicted felon to remain in the Senate. However, he said it would be a decision left up to the Senate if Menendez didn’t resign.

Menendez, who is up for reelection next year, was selected to replace former Democratic Gov. Jon Corzine in 2005.

Carl Mayer, author of “Shakedown: The Fleecing of the Garden State,” has called for Menendez to resign.

“Menendez and Christie are opposite sides of the same coin: They both have excelled in the dark darts of New Jersey politics, but they are both, now, at the end of their political careers because voters are tired of the swamp,” he said.

Meanwhile Melgen, 63, was convicted of 67 counts of health care fraud in April, in what The Palm Beach Post called one of the biggest Medicare fraud cases in the U.S.