First lady: I know I will be criticized by the media

Melania Trump explains that despite media criticism she does what she feels is the right thing.

First lady Melania Trump on Wednesday explained that she does what she believes to be the “right” thing, despite any potential disapproval that may come her way. She also doesn't hold back when it comes to expressing her opinions to her husband, she said.

Trump’s remarks came during an exclusive interview with Fox News’ Sean Hannity while the pair were aboard the USS George H.W. Bush.

Hannity asked the first lady to explain why she often uses the phrase, “stay true to myself,” and what it means. 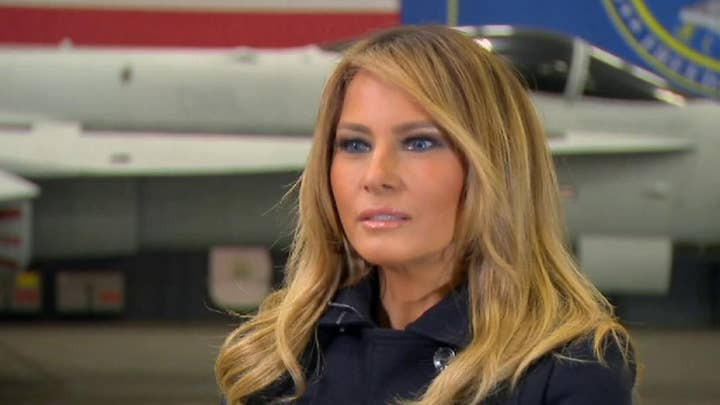 The first lady told Hannity that she's aware of the ongoing news and willing to offer her perspective to the president.

After Hannity noted that the couple has "different styles," she added: "I don’t agree with his tone sometimes and I tell him that."

The first lady also discussed the difficulties she encountered while in the White House.

She called out “the opportunists,” specifying comedians, journalists and others who she said were “using my name or my family name to advance themselves.”

“Does it hurt?” Hannity asked.

“It doesn’t hurt. The problem is they’re writing history and it’s not correct,” she said.

Trump also told Hannity that she decided to make the trip to the USS George H.W. Bush so she could pay a visit to military families, as well as servicemen and women.