First lady Melania Trump leaves the hospital and thanks well-wishers.

First lady Melania Trump returned to the White House on Saturday after undergoing a kidney procedure earlier this week.

Her office said in a statement that she is “resting comfortably and remains in high spirits” after returning home. The statement also thanked everyone who had sent their best wishes to her -- noting that it had received “thousands of calls and emails.”

The first lady underwent an embolization procedure on Monday at Walter Reed National Military Medical Center. Such a procedure is typically performed to cut off blood supply to a tumor, aneurysm or abnormal growth, typically growing in the kidney or liver, to shrink it. 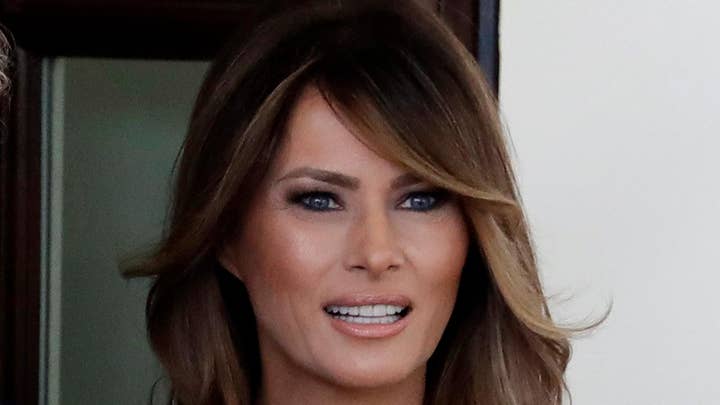 Her office said on Monday that there has been no complications. President Trump visited her throughout the week and had also thanked well-wishers for their support.

On Wednesday, she said she was “feeling great” and looking forward to returning home.