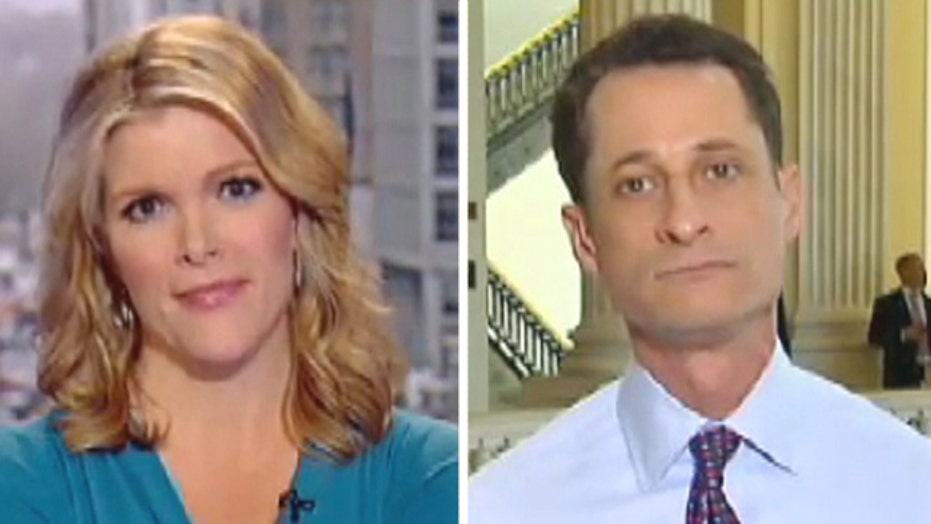 The last time they met touched off a fiery exchange.

It began as an interview with the then-Democratic representative from New York on "America Live" to discuss if laws dictated that Supreme Court Justice Clarence Thomas recuse himself from any legal challenge to ObamaCare after comments Thomas had made over the previous weekend.

However, the question-and-response format was short-lived when things got heated. As Weiner kept interrupting Kelly, she asked, "I thought I was going to get my turn? Where's my turn?"

Eventually, after Weiner was corrected and challenged on a number of his remarks about Thomas, he snapped at Kelly, telling her to ask questions instead of "giving speeches" and finished the interview by saying sarcastically "great interview. Aces."

Tune in to the Kelly File tonight at 9pm ET to see their latest exchange on Fox News.