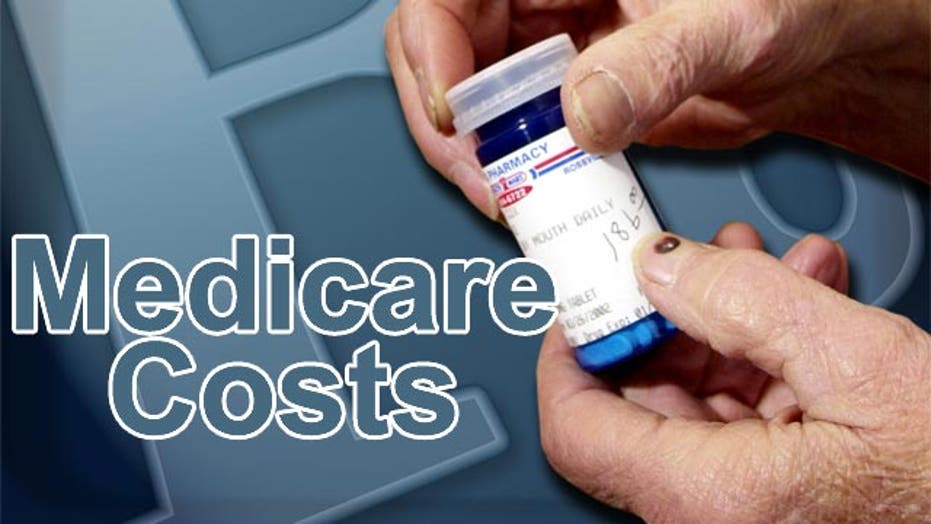 Past, present, future of Medicare spending

Jim Angle takes an in-depth look at the program

Andre DiMino has been running medical device company ADM Tronics since his father, who founded the decades-old firm, died in 2001. He's never laid off anybody.

"These people are like family with us," he said.

The boss might not be able to hold out much longer. Come Jan. 1, an ObamaCare-tied tax specific to his industry is expected to go into effect. Though the Obama administration has downplayed the impact, DiMino calls it "devastating."

"I think after all of these decades of not laying people off, I think we may have to face that," DiMino told FoxNews.com. He predicted he might have to immediately lay off three people in his manufacturing division and possibly more after that.

DiMino, whose Bergen County, N.J., business currently employs 20 workers, is one of hundreds of CEOs across the country clamoring for Washington's attention, urging lawmakers to kill the tax before it kills jobs.

In just the last few days, the intense lobbying push elicited some measure of response. On Monday, 18 Democratic senators and senators-elect asked Senate Democratic Leader Harry Reid to delay the tax, citing the business impact. They noted the industry employs more than 400,000 people, and is dealing with "significant uncertainty and confusion."

Many in the industry, though, have been clear-eyed about what the tax means -- preemptive layoffs and significant cutbacks in research and development.

While DiMino is waiting for next year to see if he'll need to fire workers, over at Uresil, LLC, in Skokie, Ill., the layoffs have already started. The company laid off six people from its 52-person workforce this year, "primarily related" to the tax, President Lev Melinyshyn said.

"We had never laid off anybody," he told FoxNews.com. "We bought the company in 2004, never had a layoff. In fact, even during the recession, we added jobs. ... It wasn't until this tax hit us that we had to do it."

Melinyshyn, whose company makes specialized catheters, said he thinks that at current staffing levels, his 46-person company can handle the tax -- however, he's expecting to cut back sharply on product development, which hurts in the long run.

"A lot of patients, I think, are not going to benefit from new technologies," he said. "We've literally put all of our new product development on hold ... so we can afford to pay the stupid tax."

The Affordable Care Act imposed the 2.3 percent tax on medical devices with the goal of raising nearly $30 billion over the next decade. Manufacturers say the impact of the tax is far greater than meets the eye -- the 2.3 percent tax is on gross sales, meaning it's a much greater percentage of net income.

Melinyshyn, for instance, said his total tax burden on profits will rise from 43 percent to 65 percent next year.

Another Illinois-based CEO -- Greg Huck of Vitalcor, Inc. -- suggested lawmakers should at least carve out an exemption for small companies and start-ups.

It's not just small businesses feeling the pinch, though.

Michigan-based Stryker Corporation, a company of 20,000 people, last year announced it was laying off 1,000 workers in anticipation of the tax -- and a $100 million bill in the first year. The company remains concerned about the tax.

"We would rather put this money towards jobs, innovation, clinical research and priorities that will create value-added medical technology for patients while helping us partner with hospitals to deliver cost effective solutions," CEO Kevin A. Lobo said in a statement.

The Advanced Medical Technology Association estimates that the tax ultimately could cost up to 43,000 jobs.

It's unclear, though, whether any attempt to delay or quash it could be made as part of negotiations over the looming fiscal crisis. Far more attention has been paid to the expiration of the Bush-era tax rates -- and the battle over whether to allow rates to rise exclusively for the top 2 percent.

The IRS recently provided some relief to worried medical device executives, announcing that penalties would not be imposed for failing to pay the tax for the first three quarters of 2013.

The Obama administration earlier this year defended the medical device tax, saying companies actually stand to benefit from the law. Though the 2.3 percent tax hits the industry, the department argues that the millions of new health care customers insured as a result of the law will increase the demand in hospitals to order more equipment -- in turn boosting medical device companies' profits.

The White House earlier this year threatened to veto a House bill that would have repealed the tax, citing concerns that the House proposal would offset the lost revenue from the tax by cutting down on subsidies for some families.

This, the White House said, would effectively "raise taxes on middle-class and low-income families."

The industry, though, argues Congress could always negotiate a different way to pay for the repeal.

DiMino said some of the damage has already been felt, not just from layoffs, but from investors "running away" from the industry.

"They know we're being targeted," he said.