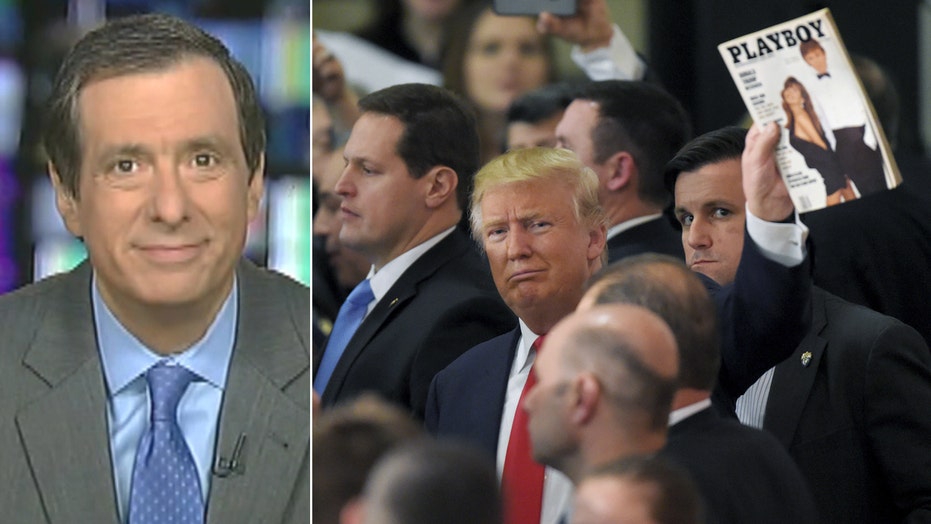 It’s a staple of presidential politics that a candidate’s words from the past can come back to bite him.

That theory is being tested in the case of Donald Trump, who enjoys telling his critics to bite him.

As a businessman and reality TV guy, Trump engaged in a whole lot of locker-room talk about women, sometimes with his pal Howard Stern. This bubbled up a few months ago, courtesy of Buzzfeed, and had no appreciable impact on the race.

Now, with Trump heading into a fall campaign against Hillary Clinton, it’s back—in the form of a deep dive by the Washington Post.

We in the media should probably be focusing on Trump’s recent words about the minimum wage and raising taxes on the rich as he tries to offer more moderate-sounding stances without abandoning his past positions. But it’s much more fun to look at a different kind of math: “A person who is very flat-chested is very hard to be a 10,” Trump once said.

I don’t think it will be much of an issue because people instinctively understand that Trump was playing a very different role during those years when he was bantering about women. Of course, Hillary Clinton and her campaign are trying to portray him as a misogynist, so the juicy stuff from the past becomes political ammunition. Trump, for his part, has responded by accusing the former first lady of being an enabler for her husband’s affairs.

What sets the billionaire apart is that he gave a Trump Tower interview to the Post’s Mary Jordan, rather than having the campaign issue a terse statement as most candidates would have done. He called the accounts of his playboy existence overblown.

“I never anticipated running for office or being a politician, so I could have fun with Howard on the radio and everyone would love it. People do love it,” Trump said. “I could say whatever I wanted when I was an entrepreneur, a business guy.”

He added that people “may be surprised that my life is much less glamorous than they thought, including every story about a supermodel.”

I learned firsthand, as a reporter in New York, how Trump’s personal life became tabloid fodder. I covered his ugly divorce from Ivana, which included the immortal New York Post headline “BEST SEX I EVER HAD,” a quote from his eventual second wife, Marla Maples.

The Washington Post recounts the who-would-you-do aspects of the back-and-forth with the King of All Media:

“‘You could’ve gotten her, right?’ Stern asked Trump on-air shortly after Princess Diana’s death in 1997. ‘You could’ve nailed her.’

“How about singer Mariah Carey? ‘Would you bang her?’ Stern asked. Trump replied, ‘I would do it without hesitation.’”

The piece mentions that Trump, who owned the Miss Universe pageant, has promoted many female executives and quotes friends as saying he was basically a workaholic. It also quotes him as saying in his 1987 book “The Art of the Deal” that he had been “linked to dozens of other women. . . . It was incredible, being intimately associated with women I had never heard of.”

Some voters may be offended by the blunt talk as it boomerangs from the past. Others may feel it reinforces Trump’s image as a guy not bound by the restraints of political correctness.

From a 2016 perspective, it would have been better for the future candidate if he hadn’t engaged in all the boys-will-be-boys chatter. But didn't that fuel the celebrity that enabled him to run in the first place?