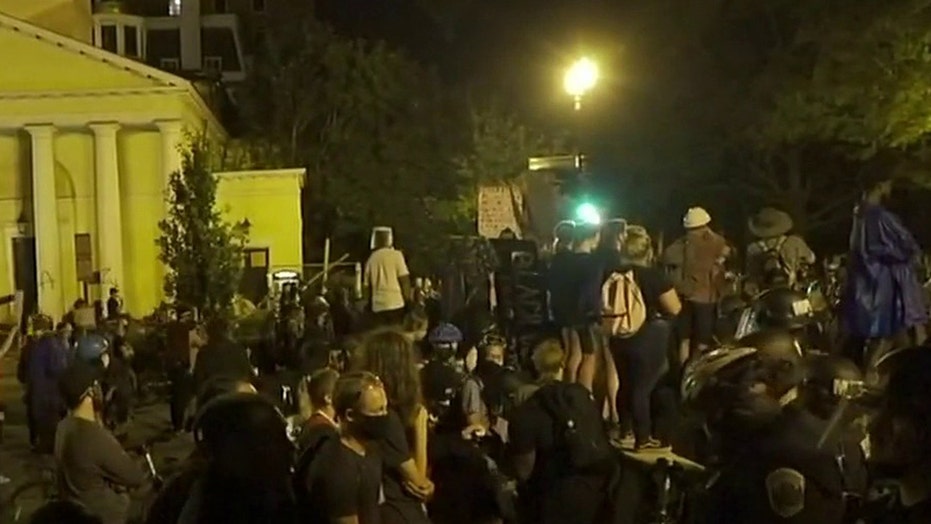 Gillian Turner reports from Lafayette Park after a night of unrest outside of the White House.

Senate Majority Leader Mitch McConnell on Tuesday slammed the “far-left” push to take down statues to controversial historical figures, saying the monuments are being roped to the ground “like they are Saddam Hussein.”

McConnell, R-Ky., on the Senate floor Tuesday, recalled his comments earlier this month when he noted that civil discourse in America “faces a crossroads.” Since then, protests against police brutality that had escalated into riots have largely returned to being peaceful -- but a push to target statues has rapidly accelerated, expanding beyond those of Confederate figures to include likenesses of everyone from Christopher Columbus to Ulysses S. Grant.

“Well, recent days have reminded us it is not just our present-day debates that far-left radicals want to overwhelm,” he said. “They also want to rewrite our past.”

McConnell listed the monuments that have been defaced in recent days—noting that in Portland, Ore., a mob “graffitied a statute of our first President, pulled it down, and burned an American flag over his head. This is George Washington.” 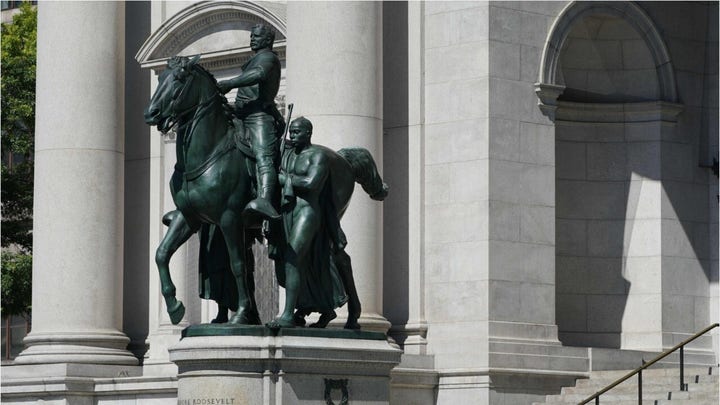 Meanwhile, President Trump declared Tuesday morning that anyone caught vandalizing monuments or any other federal property can be subject to arrest and face up to 10 years in prison.

The president’s statement followed an attempt to take down a statue of Andrew Jackson in Washington, D.C.’s Lafayette Square near the White House Monday night, a second incident targeting the nearby St. John’s Church, and prior vandalism of the Lincoln Memorial and World War II Memorial.

Historical monuments and statues have become the targets of anger and vandalism during protests in the wake of George Floyd's police custody death at the end of May.

The initial statues under fire were those of Confederate soldiers and generals largely in the South, but the anger has spread to monuments well beyond that historical period.