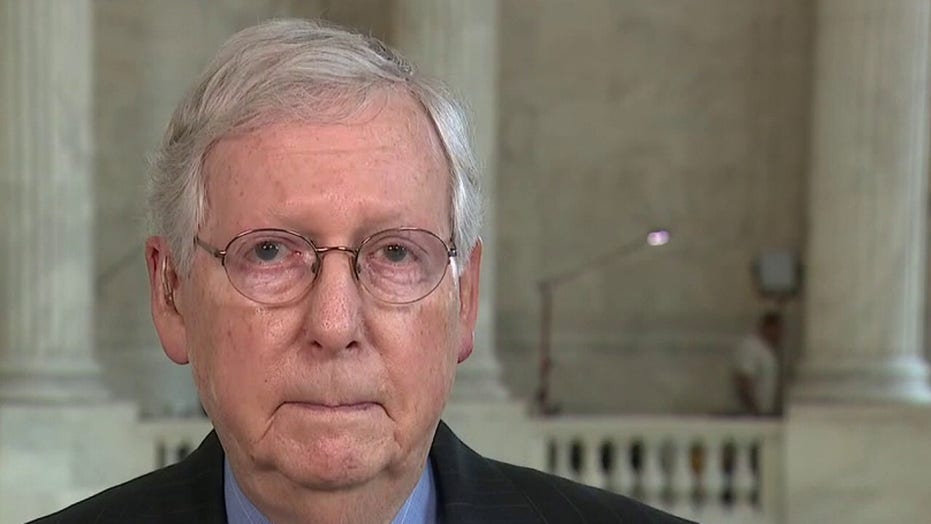 Mitch McConnell on COVID 'stalemate': It's a 'genuine emergency,' I 'applaud' Trump's order

"This hang-up over sending over $1 trillion down to the state and local government -- we've already sent them $150 billion and they've only spent 25% of what we sent them before in the [CARES Act]," McConnell said.

"So take that off the table and let's get this assistance directly to the people who need it ... those whose plus-up over UI expired last Friday," he added.

"The president is doing everything he can within his authority to get the job done. ... The Democratic governors need to figure out how to work with the president and get those checks into people's hands."

Republicans have balked at sending states like New York or New Jersey large amounts of aid, seeing it as a bailout from better-run states.

"The American people are sick of the stalemate," McConnell said. "They want to get a result, and the results are to be directly related to the COVID-19 crisis. Kids back in school, jobs, healthcare, direct cash payments to low-income people who need our help. Those items should not be in dispute."

The Republican leader added that he had not spoken with Pelosi or Schumer Tuesday, and doubted whether White House officials involved in the negotiations have either.

"We're having plenty of conversations among ourselves ... as far as we know, [Treasury Secretary Steve Mnuchin and White House Chief of Staff Mark Meadows] have not spoken to the Speaker and the Democratic Leader today and so, another day has gone by with an impasse and they need to get together.

"We are talking among ourselves a lot ... but we can't make a deal without the Democrats."