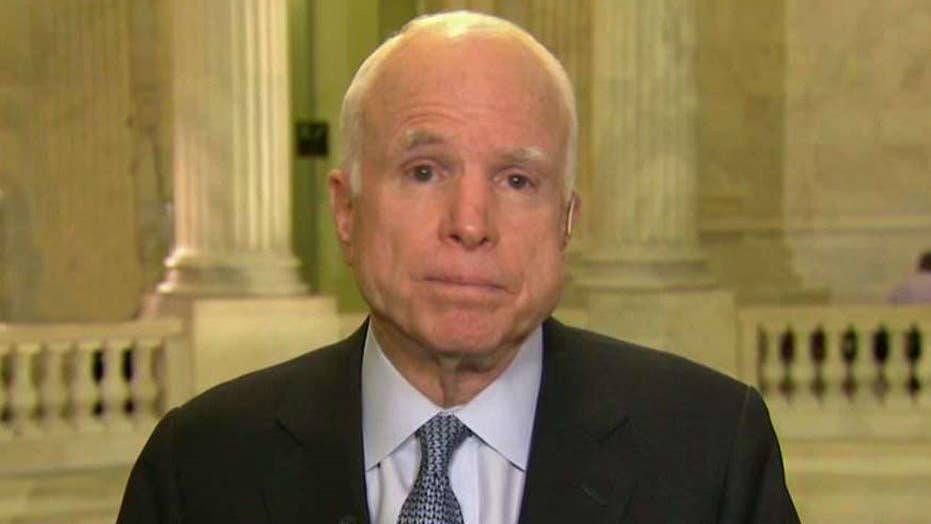 Sen. John McCain told Fox News' "The O'Reilly Factor" Wednesday that he would be "deeply, deeply disappointed" if President-elect Donald Trump rolls back sanctions against Russia after taking office.

"We cannot reward misbehavior, we have to go back to Ronald Reagan: Peace through strength," McCain said. "Get strong and then deal with [Putin], and that way is the only way we can get there."

"Sorrow for the families of those individuals identified in these leaks in Afghanistan that the Taliban went after and murdered," McCain said, "and rage because this president is basically endorsing a proposal that allows someone to go free who’s responsible for the needless deaths of those people who are our allies.

"What do you say to their families, Bill?”

McCain also said that Obama's rationale for the commutation — that Manning had served a "tough" and "disproportionate" sentence — was "outrageous."

"What is more egregious than providing the enemy with information that would help them, which over time puts the lives of the men and women serving in the uniform in greater danger?" McCain asked. "And is there any argument that anyone could have that Wikileaks didn’t do that?"