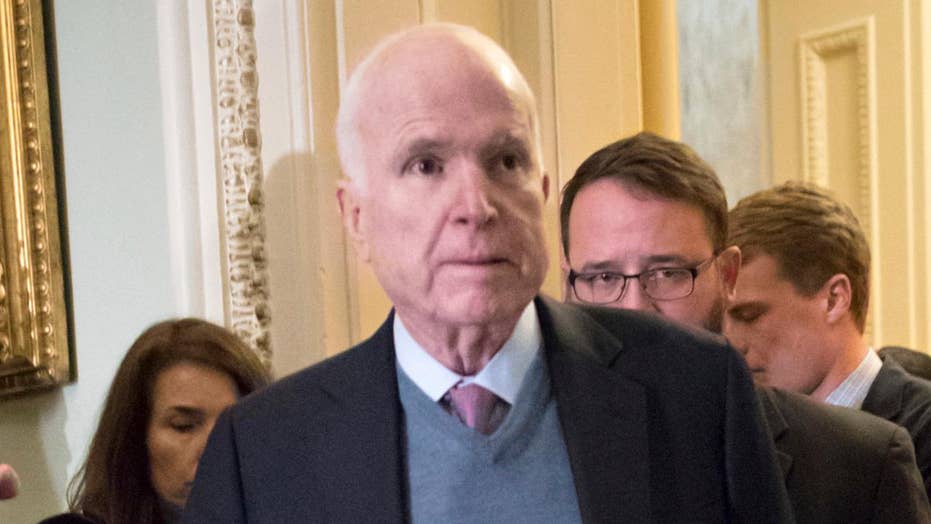 Senate Republican leaders are working to round up at least 50 in favor of the overhaul; Mike Emanuel explains on 'Special Report.'

Republican Sen. John McCain has returned home to Arizona, where he plans to stay until January, after he was hospitalized over side effects from treatment of brain cancer, the senator's office announced Sunday.

The trip means McCain almost certainly will miss a crucial vote on the GOP-backed tax reform package this week. Still, Fox News is told that Republicans believe they still have enough votes to advance the package -- as early as Tuesday night -- even if McCain is out.

“I did speak to Cindy McCain, and I wished her well, I wished John well. They’ve headed back, but I understand he’ll come if we ever needed his vote — which hopefully we won’t,” Trump told reporters. “But the word is that John will come back if we ever needed his vote. And it’s too bad, he’s going through a very tough time, no question about it, but he will come back if we need his vote.” 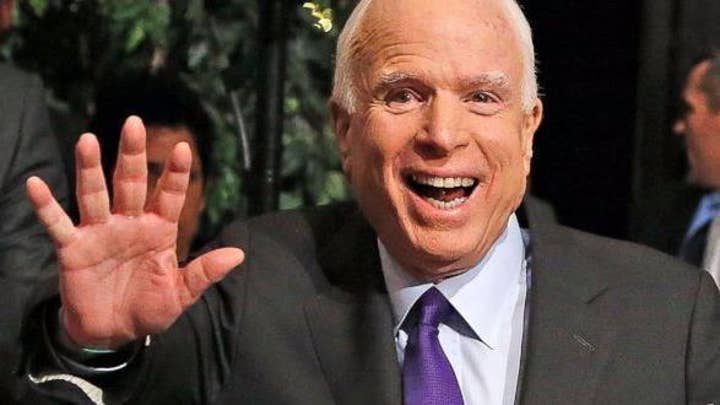 “Senator McCain has returned to Arizona and will undergo physical therapy and rehabilitation at Mayo Clinic. He is grateful for the excellent care he continues to receive, and appreciates the outpouring of support from people all over the country. He looks forward to returning to Washington in January,” McCain's office announced.

The House and Senate are scheduled to vote this week on the sweeping tax reform plan, which Trump has supported. House and Senate negotiators agreed Friday on a compromise bill that offers a substantial tax cut for corporations and across-the-board cuts for individuals, with final votes in the respective chambers expected this week, Fox News previously reported.

The 81-year-old McCain had been hospitalized at Walter Reed Medical Center in Maryland.

Now in his sixth Senate term, McCain underwent surgery in mid-July to remove a 2-inch blood clot in his brain after being diagnosed with glioblastoma.

McCain rebounded quickly, but his condition has appeared to worsen in recent weeks. He suffered a minor tear in his right Achilles tendon, forcing him to wear a walking brace. McCain eventually began using a wheelchair, and members of his staff pushed him where he needed to go.

A statement issued last Wednesday by the senator’s office said he was at Walter Reed receiving treatment for the “normal side effects of his ongoing cancer therapy.”

His daughter Meghan McCain tweeted Sunday: “My father is doing well and we are all looking forward to spending Christmas together in Arizona.”