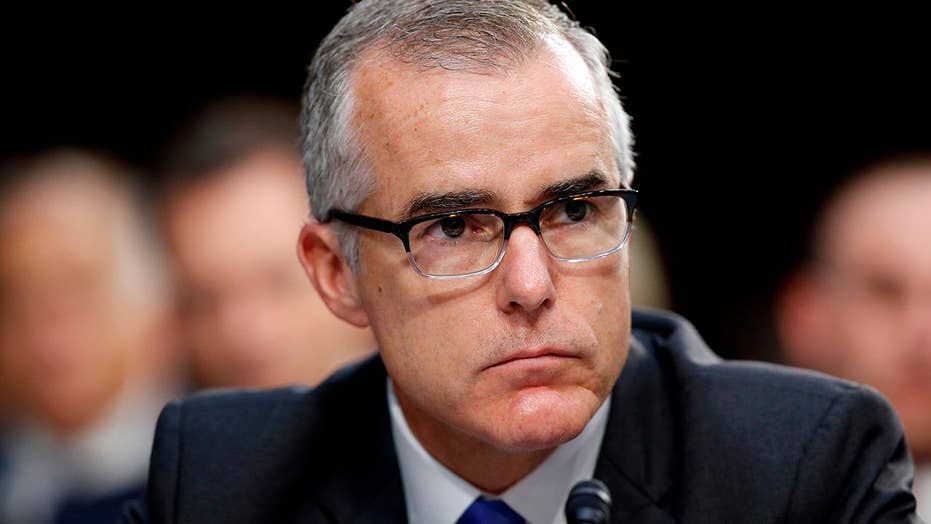 During the interview, McCabe insisted that his discussion with Deputy Attorney General Rod Rosenstein about the 25th Amendment did not represent a potential “coup” against the Trump administration, as Sen. Lindsey Graham, R-S.C., had suggested.

“It was not very coup-y,” McCabe said of his talk with Rosenstein, using a description initiated by Colbert. “Again, it was a mention in the midst of a wide-ranging conversation.

“I’m not aware that Rod ever took any efforts to pursue that. I’m not aware of any meetings about it or other discussions on it. It was for me really just an indicator of just how frenzied and fraught the situation was that we were in, and those were the kinds of things that were bouncing around.”

Colbert then asked if McCabe had any reason to be “less suspicious of the president” over the last two years, to which McCabe simply answered, “No.”

On Sunday morning, Graham gave his response after CBS released portions of a taped “60 Minutes” interview with McCabe that would air that night.

McCabe had told CBS’s Scott Pelley that Rosenstein had discussed the possibility of wearing a wire to gather evidence against the Trump administration and discussing with Cabinet members the 25th Amendment, which sets rules for removing a president from office if deemed necessary.

Speaking on CBS’s “Face the Nation,” Graham questioned whether the McCabe-Rosenstein conversation represented “an attempted bureaucratic coup,” and told host Margaret Brennan he intended to subpoena both McCabe and Rosenstein to testify before the Senate Judiciary Committee, of which Graham is chairman.

“How can I not, if that’s what it takes?” Graham said, adding that McCabe “went on national television and made an accusation that floors me."

“You know, I can imagine, if the shoe were on the other foot,” Graham continued, “if we were talking about getting rid of President Clinton, it’d be front-page news all over the world. Well, we’re going to find out what happened here, and the only way I know to find out is to call the people in under oath and find out, through questioning, who’s telling the truth because the underlying accusation here is beyond stunning.”

McCabe’s book is called “The Threat: How the FBI Protects America in the Age of terror and Trump.”

Prior to his appearance on Colbert’s show, McCabe also appeared Tuesday on CNN’s “Anderson Cooper 360" and ABC's "The View."