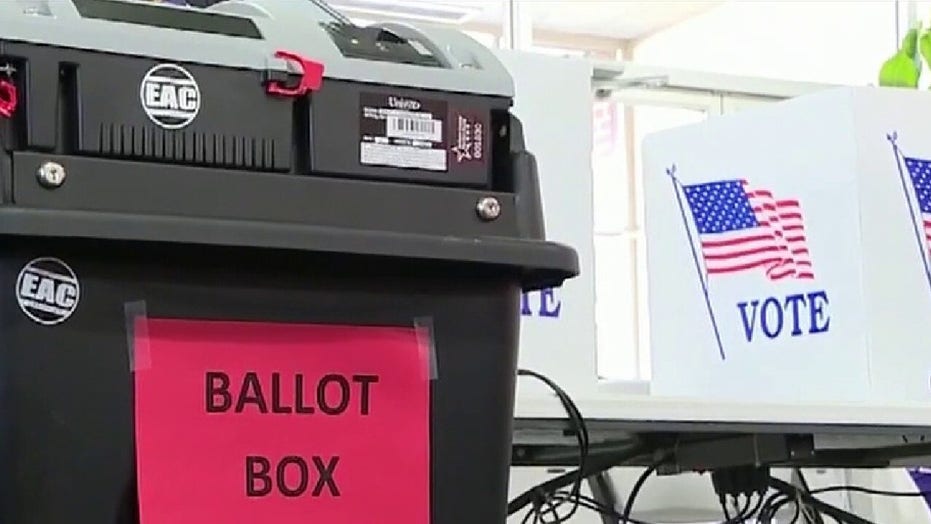 Maryland Gov. Larry Hogan announced Tuesday that he is postponing Maryland's April 28 primary election to June 2, making Maryland the sixth state or territory to move to put off its primaries amid coronavirus fears.

Hogan announced at a Tuesday press conference that he would issue a proclamation postponing the election date and was tasking the state board of election with figuring out a way to open polls while also preventing the spread of the coronavirus.

STATES THAT HAVE POSTPONED PRIMARIES DUE TO CORONAVIRUS OUTBREAK

"I have two main priorities: keeping Marylanders safe and protecting their constitutional right to vote," Hogan said. "Yesterday we announced that gatherings of more than 50 people are prohibited statewide, and it would endanger public health to allow thousands of people to assemble in places like schools and senior centers which are already closed under the state of emergency."

Hogan added: "And it would put Marylanders at risk, especially the poll workers and the election judges, most of whom are retirees and in the most vulnerable population."

The Maryland state legislature will also end its legislative session early on Wednesday due to coronavirus concerns, it announced over the weekend. This comes after Hogan and Republican legislators criticized Democrats for moving forward with an expensive and controversial state education bill after Hogan declared a state of emergency and as Democratic Comptroller Peter Franchot was sounding the alarm on a potential "significant, if not historic" recession in the state because of the coronavirus.

Hogan also mentioned the 7th Congressional District seat, which was vacated by the death of Rep. Elijah Cummings, D-Md. Hogan said he has instructed the state board of elections to hold the April 28 special election -- in what is a heavily blue district -- by mail. Democratic nominee Kweisi Mfume, who held the 7th Congressional District seat before Cummings, is widely expected to win that election, retaking a seat he held in the 1990's.

Hogan said it is important that Maryland have a representative from the 7th District, which is centered around Baltimore, in Congress.