Maryland has certified a socialist party to run candidates in the next two election cycles, in what is being described as the country's first new socialist party in four decades.

The party, called Bread and Roses, identifies itself as an alternative to the two-party system. With the certification, that alternative can now put up candidates for local, state and national elections -- including the presidential race -- in 2020 and 2022.

Segal last year ran unsuccessfully as a socialist in the Democratic Party’s primary against incumbent Sen. Ben Cardin. He lost, left the Democratic Party -- and won certification from the state Board of Elections for this new effort after submitting a petition with more than 10,000 signatures.

“It is believed that the new party is the first democratic socialist party to be established in the United States in the last four decades,” a Bread and Roses press release said.

The establishment is the latest example of socialism – not too long ago a loaded term that political candidates and leaders avoided at all costs – becoming more widely accepted on the left, with mainstream Democratic candidates tapping into the movement and some of its favored policies to build support. 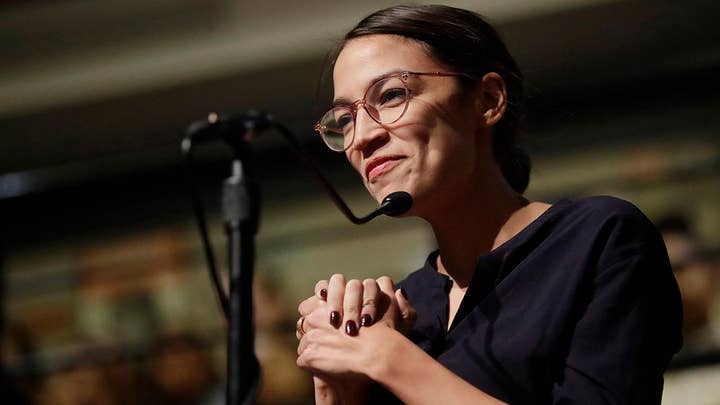 The Democratic Socialists playbook, detailed on its website, calls for a methodical march to becoming a truly national force – where it can run candidates and push ideas under a Socialist Party banner – by first working from within the Democratic establishment. That strategy paid off big with the congressional primary victory last year of Alexandria Ocasio-Cortez, a then-28-year-old DSA ally now seen as part of the next generation of Democratic leaders.

SOCIALISTS WORKING FROM WITHIN TO PUSH DEMOCRATIC PARTY FURTHER LEFT

The DSA, which is not a formal political party but bills itself as the largest socialist organization in the U.S., is working via the Democratic Party in part because of its failure to advance its own brand. It set a goal of working with groups devoted to a wide range of issues like health care, college debt, immigration and racism to see socialism – and Democratic socialist political candidates – as the vehicle for policy changes.

Democratic socialists have won some two-dozen elections, and many establishment Democrats have started adopting some of their positions on such items as free public college education.

But other Democrats have described figures like Ocasio-Cortez as too provocative or unrealistic. Many Republicans say their ideas are too utopian and fail to take into account how their proposed programs, like free education for all, would be funded.

Segal said that while Ocasio-Cortez is seen as bringing socialism to the broader political stage, it was really Sen. Bernie Sanders who brought it into mainstream politics as a presidential candidate in 2016.

“Bernie identified himself as a socialist, he had lifetime experience in socialism, from when he was a young man,” said Segal, 75. “That made DSA suddenly a real subject of attention.”

For political reasons, Segal said, Sanders and Ocasio-Cortez “identified socialism in a more mainstream way” than socialists in the U.S. had decades before.

Though their press release stresses Democratic socialism, Segal said the Bread and Roses Party does not follow its tenets chapter and verse.

Its website says: "An Electoral Party for both New Socialists and Non-Socialists, A Party with a Strong Utopian and International Orientation, One in Pursuit of a New American Dream."

Bread and Roses, Segal said, embraces free public college education, "more equal distribution of wealth and universal health care, for instance, but it differs from many socialists groups in that it doesn’t seek to push a certain policy or platform.

A core tenet of Segal’s socialist party is that the "American Dream" should move away from its emphasis on a job-centered life and toward one devoted to quality time spent on relationships and interests. It supports entrepreneurship and home ownership.

“Reformulating the American dream, to have a moderate level of consumption but with the social and economic security that comes from meaningful work, and allows people to meet their needs, at least enough to have leisure, and do things that are important to them, like going to church, spending time with their kids … our roots and values are much broader,” he said.