Conservative commentator Mark Steyn responded Thursday to Hillary Clinton's latest television appearance calling the former Democratic presidential nominee "a disgrace," and blaming her for the Russia investigation because "she didn't know how to lose."

"Look, it isn't funny anymore. Basically, this is the woman who is more responsible than anyone for the totally pointless and discreditable Russian investigation that destroyed your first guest's life, [George] Papadopoulos," Steyn said on "Tucker Carlson Tonight."

Papadopoulos, a former foreign policy adviser to President Trump, appeared on the program earlier Thursday and said an informant working for U.S. intelligence posed as a Cambridge University research assistant in September 2016 to try and "seduce" him while probing him on the campaign's possible ties to Russia, according to a new report.

The former adviser served 12 days in prison for lying to investigators.

Steyn chastised Clinton for being unable to lose and criticized Democratic strategist Richard Goodstein, who also appeared earlier in the show, for brushing off Papadopoulos' situation. 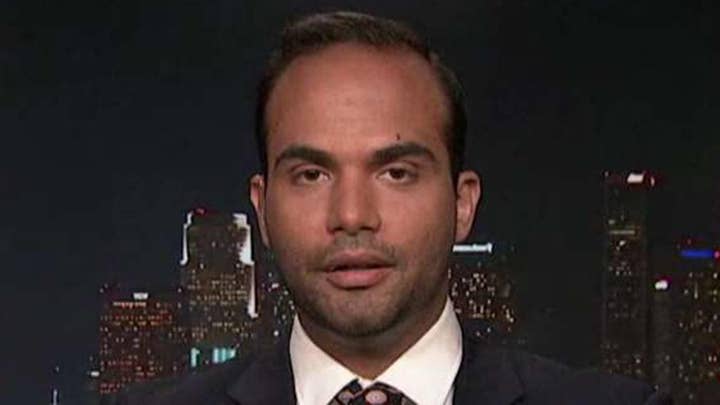 "We now know Donald Trump invited the Russians to help and they did and it benefited him. I am troubled that no one in the administration is as upset about that as they are about Carter Page and George Papadopoulos," Goldstein argued earlier.

"It was her refusal to lose gracefully that in fact enabled this last disgusting two years in which the losing party's man on the inside have conducted an investigation into the duly elected president. It is quite disgraceful. She is quite disgraceful. To listen to your friend, Richard Goodstein -- I like Richard, but for him, laughing at what happened, George Papadopoulos landed in Washington, and the FBI put him in shackles -- shackles -- for doing nothing, and that is all on Hillary, because she didn't know how to lose. Because Clinton's shouldn't lose," Steyn said.