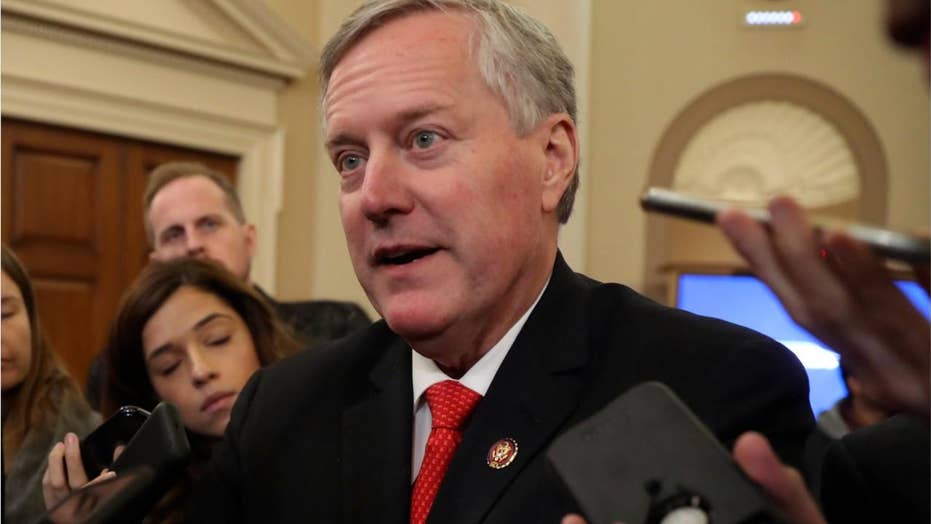 Mark Meadows to leave Congress at end of term

Rep. Mark Meadows, R-N.C. 11, is leaving Congress at the end of his term. The strong supporter of President Trump said that his work with the administration ‘is only the beginning.’

Rep. Mark Meadows, R-N.C., will not seek re-election, he confirmed in a statement Thursday.

The four-term congressman said that he will be retiring at the end of his term.

“This was a decision I struggled with greatly. These last 8 years, I have been so blessed to serve the people of NC-11 and help give a voice to millions of Americans who feel Washington, D.C. has forgotten them,” he said.

The staunch supporter of President Trump touted the accomplishments he has seen the administration achieve.

PELOSI SUGGESTS SHE MAY WAIT TO SEND IMPEACHMENT ARTICLES TO SENATE: 'WE'LL MAKE A DECISION... AS WE GO ALONG' 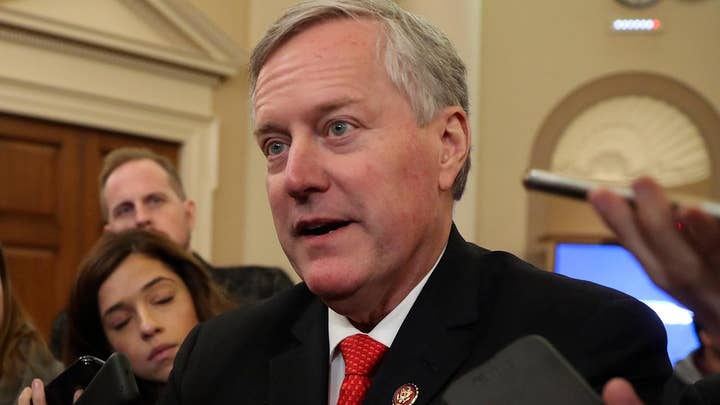 "Since serving alongside President Trump, I have been a witness to historic economic prosperity, unemployment levels I only dreamed of when I took office, tax and regulatory reforms that are putting the American worker first, our Israeli embassy moved to Jerusalem, and trade deals that were once thought impossible," he said. "I have seen our law enforcement and first responders receive the support they deserve and our military once again put on a path to maintain its superiority."

Meadows went on to say that his work with Trump and the administration "is only beginning," and he is "fully committed to staying in the fight with him and his team."

Politico Playbook reported earlier that Meadows said he has no specific role lined up at this time, but he may look to work for Trump's campaign or perhaps in the administration.

Prior to the House's Wednesday vote to impeach the president on allegations of abuse of power and obstruction of Congress, Meadows spoke in support of Trump, chastising Democrats for failing to conduct a fair process. "Once again, Washington, D.C. and the Democrats will be disconnected from what the American people actually want."

In his retirement announcement, Meadows vowed to keep working on behalf of the American people.

"I’ve always said Congress is a temporary job, but the fight to return Washington, D.C. to its rightful owner, We The People, has only just begun," he said.