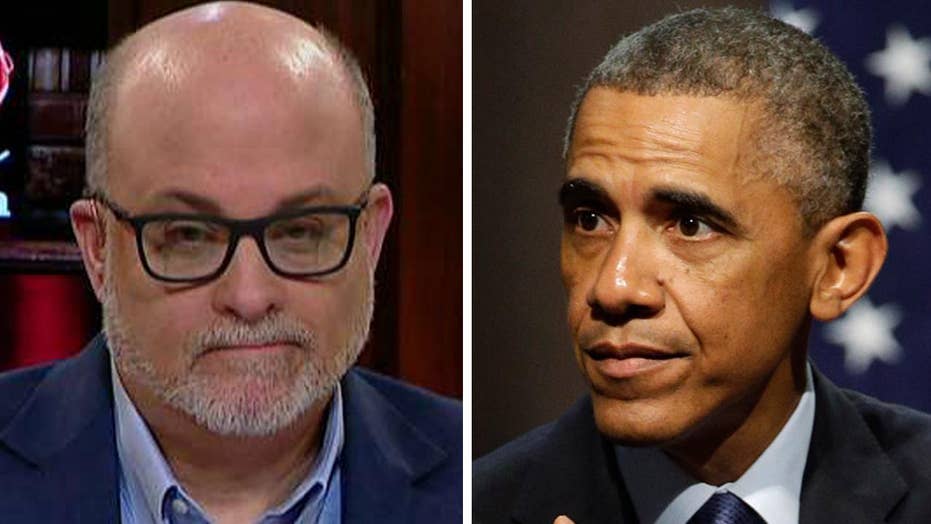 Mark Levin on why Obama may have been spying on Trump

Levin cited a New York Times story from January that reported that "intercepted communications" were being used in a multi-agency investigation into links between Russian officials and Trump campaign personnel.

"We know that if a FISA warrant [against Trump's campaign] was secured, it’s very likely ... the president would be given a heads-up," Levin told Fox News' "Hannity." "I assume Obama knew something. I mean, unless he’s Helen Keller."

Trump has offered no evidence to support his contention in a series of tweets Saturday morning, though he appeared to be addressing claims Levin made on his radio show about alleged efforts by the Obama administration to undermine the Trump campaign. Levin's timeline was drawn from a range of other news reports and sources, including the Times, The Washington Post and The Guardian.

"The reason I got fed up with this last week is I’m a constitutional conservative," Levin told host Sean Hannity. "We have a runaway executive branch. I don’t know who knows what, and as of today, the media don’t appear to know who knows what, which is exactly why I’ve been calling for a congressional investigation."

"Why all the investigations?" Levin asked. "Was there evidence – a scintilla of evidence at all – that Trump, his campaign advisers, and his transition team were on the take?"

"OK, then," Levin answered, "why are six federal departments and agencies involved in an investigation and now Clapper says he doesn’t know anything?"

In addition to a congressional investigation, Levin called for any FISA requests by the Obama administration involving the Trump campaign to be made public.

"We have a real problem right now," Levin said. "The media’s turning on the media, we have leaks coming out that are felonies, we have stories about six federal departments and agencies – intelligence and law enforcement – that were investigating something, somebody, somehow. So what’s the answer?"