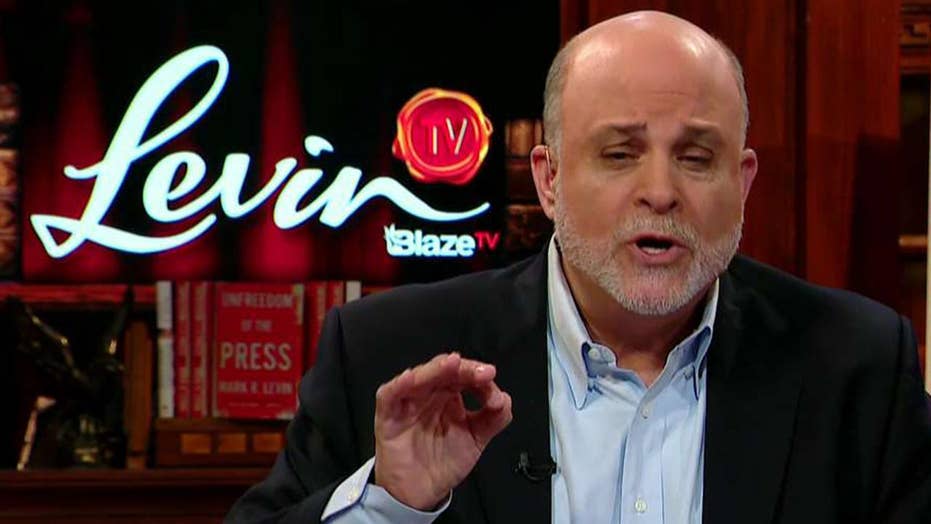 Mark Levin: How would Trump know to turn something over to FBI unless he listened to it

'Life, Liberty and Levin' host Mark Levin on the media's outrage over Trump's comment on foreign intelligence on opponents.

"Life, Liberty & Levin" host Mark Levin unloaded on the media Thursday while addressing the outrage over President Trump's comments Wednesday that he would listen to information from a foreign government on a political rival.

"How would the president even know to turn something over to the FBI unless he accepted it and then read it? Accepted it and listened to it ... and that is basically what he said."

Democrats have been outraged by the president's comments made in an interview with ABC News' George Stephanopoulos.

"I think I'd want to hear it. ... I think you might want to listen. There isn't anything wrong with listening," Trump said.

Levin then blasted the media, saying they have "destroyed freedom of the press" and accused them of protecting the left.

"But for the praetorian guard media that protects the left, that protects big government, big centralized government, the American people can't stand you and I'm going to tell you why. You are destroying freedom of the press. You make a mockery of yourselves. Every time Donald Trump says something, you say it's the end of the world. We've never seen anything like it," Levin said.

"Every time Donald Trump says something, you say it's the end of the world. We've never seen anything like it."

Levin called the media out touch with the country.

The Fox News host also blasted the media's coverage of Iran and its alleged attacks on two oil tankers that were damaged in the Gulf of Oman early Thursday.

"The Iranians are taking out oil tankers. Not ours, but others. The Iranians are looking for war and what do we hear from the Code Pink left in the media? That it's John Bolton's fault! And that it's the secretary of state's fault! That it is the president of the United States' fault! You're pathetic, it's a joke," Levin railed.