WASHINGTON (AP) — Looking to connect with the conservative base of his Republican Party, Sen. Marco Rubio says he is sympathetic to Americans who "feel as if we are being taken advantage of" by immigrants in the United States illegally.

The rhetoric, which is in Rubio's new book, comes as the Florida lawmaker lays the groundwork for a potential presidential campaign in 2016.

Rubio, a first-term lawmaker whose parents came to the United States from Cuba, previously wrote and championed a comprehensive overhaul of the nation's immigration system that passed the Senate. It later imploded in the House and badly hurt his standing among conservative activists who have tremendous sway in picking the party nominee.

Rubio now says he favors a one-piece-at-a-time approach that conservatives in his party have supported. Detailing a strategy he first outlined last year, he suggests Congress begin with securing the border, then move on to workplace enforcement and the visa system before dealing with those already in the country illegally.

"When people hear that we have over 12 million people here illegally, they feel as if we are being taken advantage of," Rubio writes in "American Dreams: Restoring Economic Opportunity for Everyone," due out next week. "They see how hard it is to find and keep a steady and well-paying job, and they worry that more people will mean more competition for already scarce work.

"That's not nativism," Rubio continues, referencing a preference by some people for native-born residents over immigrants. "That's human nature."

The GOP, he told the magazine, "knows we need immigration reform, knows that it would actually be good for its long-term prospects, but is captive to the nativist elements in its party."

To be sure, immigration is hardly the focus of Rubio's book. Indeed, just eight pages are devoted to the subject amid longer policy discussions of affordable education, family values and poverty. Nevertheless, it the issue with which the lawmaker is most identified because of his role in writing the Senate bill, legislation that remains a key sticking point for conservative activists.

In his book, Rubio criticizes "detractors" in his own party who argue against any updates to immigration laws, as well as Democrats who want an "all-at-once-or-nothing-at-all approach." He says greater border controls and high-tech systems to track immigrants would help secure the United States' borders and stop the flow of new immigrants coming illegally. Only then, he says, can Congress consider "incremental" ways to help those already here.

As for those workers, Rubio argues they should register with the government and newcomers and criminals would be deported. Workers here for years would have a chance to pay fines and apply for visas — but not for federal programs such as welfare or food stamps.

Immigrants who stayed for more than a decade would then be allowed to apply for permanent residency, which would let them stay in the United States indefinitely but without citizenship.

It is a reversal from the proposal that cleared the Senate. That bill included a long and difficult path for immigrants in the United States illegally to earn citizenship.

The shift reflects Rubio's challenge should he decide to seek the White House. Many activists in early nominating Iowa, New Hampshire and South Carolina oppose anything they perceive as "amnesty." Obama's actions at the end of last year only inflamed conservative opposition to special treatment for immigrants here illegally, and Rubio's previous support for a path to citizenship is among his biggest vulnerabilities.

Potential 2016 rivals Sen. Ted Cruz of Texas and Sen. Rand Paul of Kentucky, for instance, both voted against Rubio's immigration bill. Rubio's tempered approach to immigration in his book is the latest attempt to blunt their expected criticism. 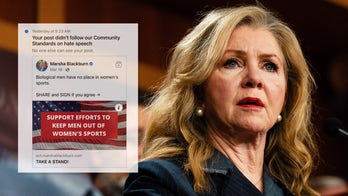