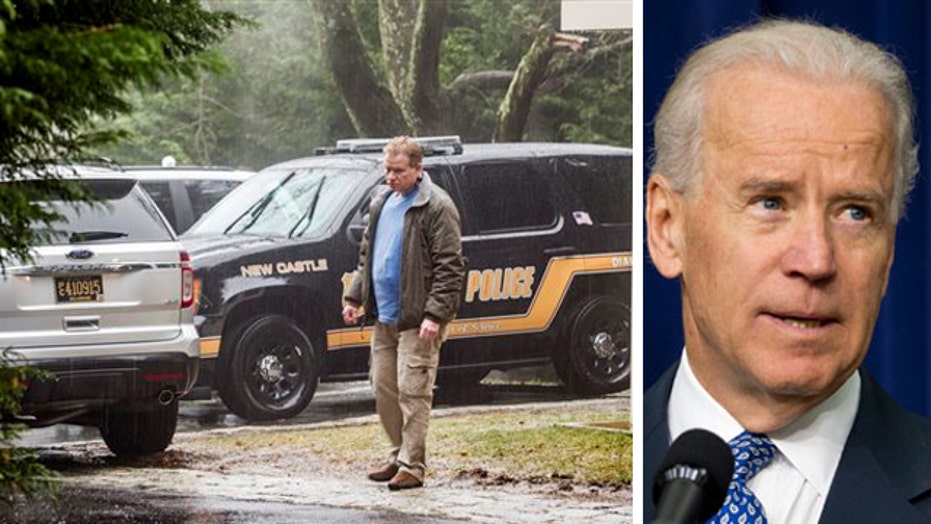 Fifty-seven-year-old Rock Peters of Hockessin says New Castle County Police officers left him with a swollen nose, rib injuries, cuts on his face and a black eye. Photos that Peters says he took of himself afterward show his face covered with blood and bruises.

Police documents say Peters fled from an officer near the Biden estate in Wilmington shortly after Saturday's shooting and scuffled with two officers.

The News Journal reports that Peters is not charged in the shooting. He faces charges of reckless endangering and resisting arrest.

No one was hurt in the shooting, and the Bidens weren't there at the time.