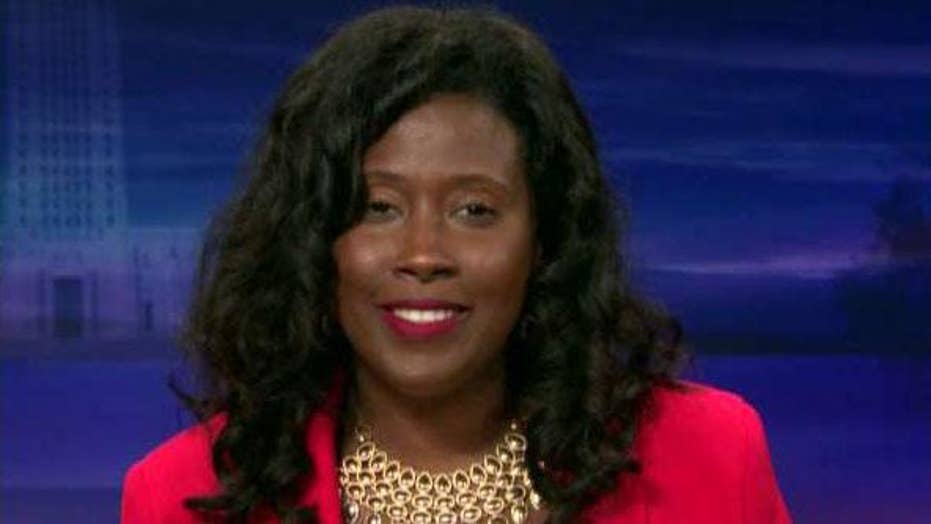 A pro-life Louisiana Democrat appeared on "The Story with Martha MacCallum" to discuss her anti-abortion views, while Democratic presidential candidates continue to show their support for abortion rights.

"In Louisiana ... a majority of Democrats in the legislature are pro-life. We refer to ourselves as whole-life Democrats. It's not difficult for us. It's our Christian value, our sincerely held belief that abortion is wrong so we fight for it but we are different in how we approach the issue," Louisiana State Rep. Katrina Jackson said Monday.

She added: "As whole-life Democrats we ask the woman to choose life, but we offer legislation that helps them take care of that life throughout the stage of life."

Sunday during a Fox News Town Hall, Democratic presidential candidate Sen. Kirsten Gillibrand, D-N.Y., endorsed abortion rights, and insisted she would "codify Roe v. Wade, so it is forever the law of the land" when asked to clarify whether she supported late-term abortions.

Other candidates have also expressed their support for abortion rights recently on the heels of what critics call restrictive pro-life laws in Georgia, Alabama and Louisiana where Jackson is leading the way for pro-life legislation.

Jackson told MacCallum she wasn't "distracted" by national Democrats and their support for abortion rights.

The state representative also expressed hope that Roe v. Wade would be overturned in the future.

"Looking at the overall scope of Roe v. Wade, I believe it is as we see more appointments to the Supreme Court it will be in jeopardy. I believe in 1973, when it was decided it was the wrong decision," Jackson said.