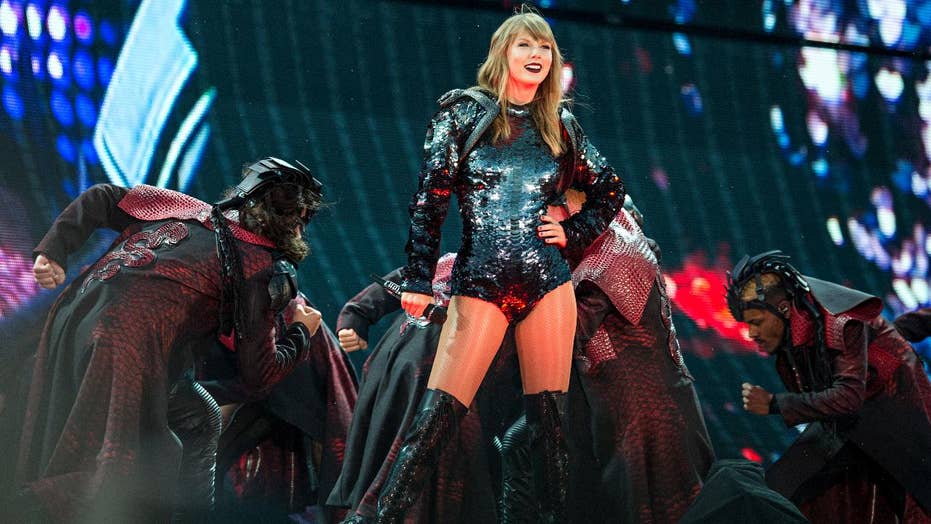 They knew she was trouble before she even walked in.

Several Congressional interns and pages, as well as members of the press corps, were prowling the halls of Capitol Hill in packs on Wednesday, hoping to catch a climpse of superstar Taylor Swift.

The hysteria owes to a rumor that Swift would visit the Capitol complex sometime in the late afternoon. She appeared at a concert in suburban Washington, D.C., at FedExField in Maryland on Tuesday night, and is expected to perform there again on Wednesday.

"With Twitter a flutter Taylor Swift is coming to Capitol Hill all work has stopped as interns and young staff go on the hunt," wrote Daily Mail reporter Emily Goodin on Twitter. She noted that the interns were nonplussed by Jane Fonda's appearance in a Senate office building, but their hearts were clearly set on catching a glimpse of Swift.

For now, though, reports of Swift's visit are merely nightmares dressed like daydreams. Fox News is told by multiple, high-level sources on both sides of Capitol Hill that there is no official expectation for Taylor Swift to appear at the Capitol complex Wednesday.

Still, the facility -- including both the House and Senate office buildings -- is open to the public during business hours, and it remains possible Swift might visit unannounced.

Unfounded Taylor Swift hysteria is nothing new on Capitol Hill. In 2015, false rumors of the superstar's appearance on the Hill caused packs of interns to rush to alleged sightings in the halls.

The brouhaha prompted an aide for Senate Majority Leader Mitch McConnell, R-Ky., to tweet: “OMG, @taylorswift13 in the Rotunda?”

And the Washington Post reported that a prankster invited staffers to a “Taylor Swift Reception” in the Rayburn Office Building, writing: “All your interns are welcome!”

Over-the-top? Silly? Call it what you want; if Hill staffers and the press corps miss Swift again this year, there shouldn't be any bad blood. They'll just have to shake it off.

Fox News' Chad Pergram contributed to this report, and its Taylor Swift puns.