House Democrats and immigration leaders on the steps of the Capitol in Washington, March 26, 2014 (ap)

WASHINGTON (AP) – House Democrats deployed a little-used legislative move Wednesday to force a vote on a comprehensive immigration bill, an effort doomed to fail but designed to increase the election-year pressure on Republicans to act.

"It is time for us to have a vote," said Rep. Xavier Becerra, D-Calif., who joined with dozens of Democrats, advocates and actress America Ferrera to mark 273 days since the Senate passed a bipartisan bill. They insisted that House Republican leaders act.

Standing on the east steps of the Capitol in a light snow and biting wind, proponents argued that they had the necessary votes in the House for a bill that would provide a path to citizenship for the estimated 11 million immigrants living in the country illegally and tighten border security.

"We're tired of the House of Representatives leaders and their refusal to act," Ferrera said.

Democrats introduced a discharge petition that requires the signature of 218 for legislative action, an effort that stands little chance of success as Republicans, even those supportive of immigration legislation, are unwilling to defy their leadership. Democrats hold 199 seats in the House and would need dozens of GOP supporters.

The GOP is reluctant to vote on the divisive issue in an election year, especially with all signs pointing to major gains for Republicans in the November midterms.

After months of conciliatory talk, President Barack Obama issued a statement praising the Democratic effort and chastising the Republicans.

"Immigration reform is the right thing to do for our economy, our security and our future," Obama said. "A vast majority of the American people agree. The only thing standing in the way is the unwillingness of Republicans in Congress to catch up with the rest of the country."

The Senate passed a comprehensive bill last June, but the measure has stalled in the GOP-controlled House where Republicans have argued for a piecemeal approach to reforming the system. That effort has gone nowhere as bills approved by the Judiciary Committee last summer have languished.

Speaker John Boehner, R-Ohio, and other GOP leaders unveiled a set of immigration principles in January, but rank-and-file members balked at moving ahead on any legislation. Boehner attributed the GOP roadblock to a collective distrust of Obama to enforce any new laws.

Michael Steel, a spokesman for Boehner, dismissed the Democratic procedural move, pointing to Democratic leader Nancy Pelosi's admission earlier this month that they wouldn't get the necessary 218 votes.

Sen. Chuck Schumer, D-N.Y., who helped craft the Senate bill, said he understands that "people are under political constraints, but those who believe in immigration reform but refuse to sign the petition have an obligation to propose a viable alternative that gets an immigration bill signed into law."

The reluctance among House Republicans comes despite business groups, unions, religious leaders and other activists banding together to push for immigration legislation. National Republicans also have argued that failure to act this year could cost the GOP politically in presidential elections.

Opposition remains strong among some in the GOP who see the legislation as amnesty and detrimental to U.S. workers.

"Incredibly, House Democrats have unified behind an immigration bill that would double the inflow of new guest workers competing against jobless Americans in every single U.S. occupation - from engineering to teaching to manufacturing," said Stephen Miller, a spokesman for Sen. Jeff Sessions of Alabama, the top Republican on the Budget Committee. 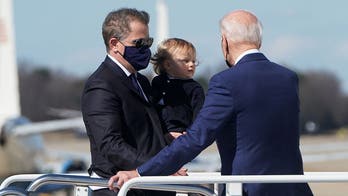