November 17, 2013: Liz Cheney appears on "Fox News Sunday," an interview in which she made controversial comments about same-sex marriage and her sister's relationship with a woman.

Liz Cheney is ending her campaign to be the next senator from Wyoming, dropping her primary challenge to Republican incumbent Mike Enzi.

"Serious health issues have recently arisen in our family, and under the circumstances, I have decided to discontinue my campaign," she said. "My children and their futures were the motivation for our campaign and their health and well-being will always be my overriding priority. ... Though this campaign stops today,  my commitment to keep fighting with you and your families  for the fundamental values that have made this nation and Wyoming great will never stop."

Cheney had also struggled to mount a formidable campaign against the incumbent senator, and polls had shown her far behind.

Cheney, who has worked for Fox News as a political commentator, announced that she would run against Enzi this past July, raising the prospect of a rare primary contest among Wyoming Republicans. Enzi, who was easily elected to a third Senate term in 2008, had the support of much of the state's political establishment, as well as the National Republican Senatorial Committee.

Cheney's campaign was beset by distractions almost immediately. County records seen by the Associated Press in late July showed that Cheney and her husband were late paying property taxes on a home they'd bought in 2012 in Jackson Hole, Wyo.

That was followed by Cheney making remarks opposing same-sex marriage in an interview on "Fox News Sunday" this past November, despite the fact that her sister, Mary, is married to a woman.

Cheney's statement that "I do believe in the traditional definition of marriage" and "This is just an issue in which (Mary and I) disagree" drew a strong response from Mary Cheney and her spouse, Heather Poe.

"Liz has been a guest in our home, has spent time and shared holidays with our children, and when Mary and I got married in 2012 - she didn't hesitate to tell us how happy she was for us," Poe wrote on Facebook at the time. "To have her now say she doesn't support our right to marry is offensive to say the least."

Mary Cheney added: "Liz - this isn't just an issue on which we disagree - you're just wrong - and on the wrong side of history."

The dispute prompted a statement from the former vice president and his wife Lynne, which affirmed that "Liz has always believed in the traditional definition of marriage. She has also always treated her sister and her sister's family with love and respect, exactly as she should have done." 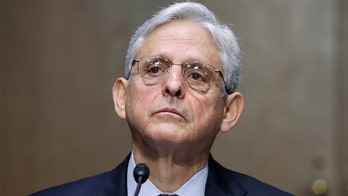 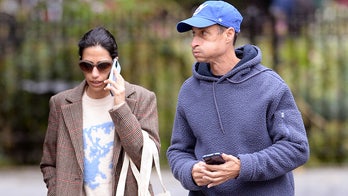