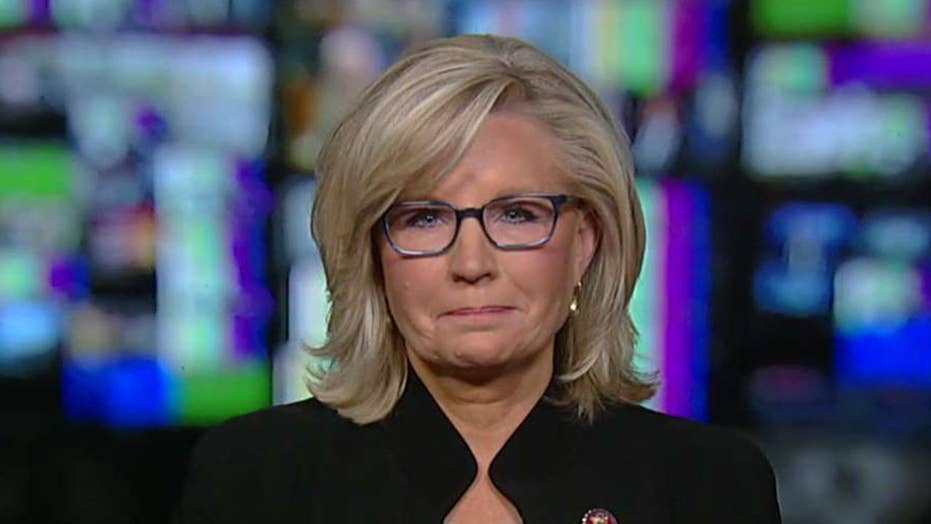 Rep. Cheney: Democrats unwilling to condemn members of their own party

House GOP Conference Chairwoman Liz Cheney, R-Wyo., came out swinging on Friday, claiming that Sen. Bernie Sanders, I-Vt., was a communist who was willing to let the United States get struck first in a nuclear conflict.

"No surprise commie @BernieSanders, who honeymooned in Soviet Union, is ok with U.S. getting attacked first," Cheney tweeted. after Sanders attempted to defend his 2020 rival, Sen. Elizabeth Warren, D-Mass., who had advocated a "no first use" policy on nuclear weapons during this week's second Democratic primary debate.

After Warren debated that policy with Montana Gov. Steve Bullock on Tuesday, Cheney pressed her on the issue via Twitter. "Key question for Elizabeth Warren @ewarren today - which American cities and how many American citizens are you willing to sacrifice with your policy of forcing the US to absorb a nuclear attack before we can strike back?" Cheney asked.

Sanders responded by taking a shot at Cheney's father, Dick Cheney, who served as vice president in the administration that started the Iraq War in 2003 and executed the War on Terror after 9/11.

"Taking national security advice from a Cheney has already caused irreparable damage to our country. We don't need any more, thanks," he said.

Rep. Alexandria Ocasio-Cortez, D-N.Y., also attacked Cheney's father and derided her attempts to offer comments on foreign policy. By publishing time, Cheney had not responded to Ocasio-Cortez on Twitter.

CHENEY SAYS 'SEND HER BACK' CHANTS WERE 'ABSOLUTELY WRONG,' BUT WEREN'T ABOUT OMAR'S RACE OR GENDER

Part of Cheney's response to Sanders noted his apparent fixation on her father. "On a side note, he seems to have daddy issues...with my daddy," she said.

Sanders has previously attacked Cheney by tying her to her father and the Bush administration's actions leading up to the war.

"Rep. Liz Cheney, daughter of Dick Cheney, yesterday attacked 'the fraud of socialism,'" Sanders, a champion of democratic socialism, tweeted in January. "Really? I wasn't aware that it was "socialism" that lied about weapons of mass destruction in Iraq, and got us into a horrific war that we should never have started."

That prompted a wave of accusations that Sanders engaged in a form of sexism by tying a female political leader to her father. Sanders brushed off the complaints but Cheney responded to him by deriding socialism and defending her father. "BTW - Your Dick Cheney history is as defective as your economic policy," she tweeted.