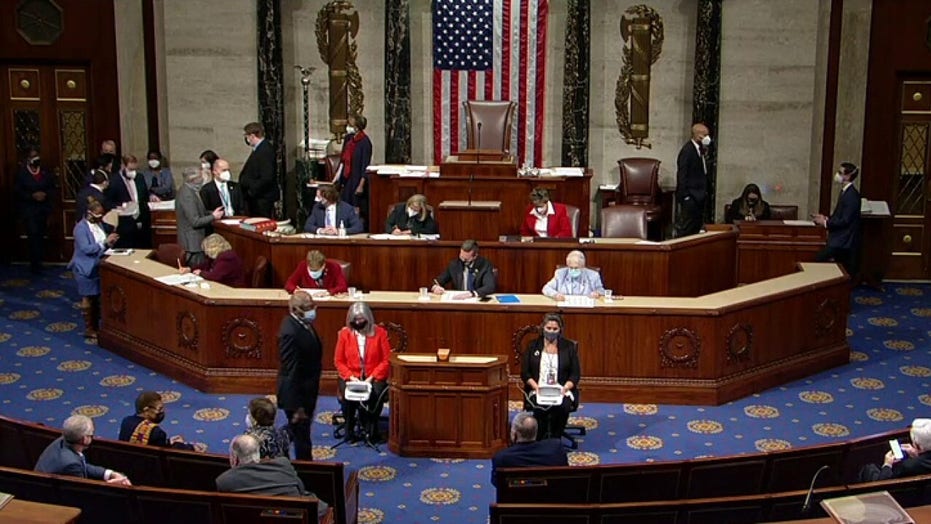 Nancy Pelosi on Sunday clinched enough votes in the House of Representatives to secure her fourth term as House speaker.

The California Democrat, who has led her party in the House since 2003 and is the only woman to be speaker, had been widely expected to retain her post. Pelosi received 216 votes to 209 for Rep. Kevin McCarthy, R-Calif., who again will be the chamber's minority leader.

Earlier, 427 members announced themselves as present -- 220 Democrats and 207 Republicans. Pelosi needed a majority, or 214 votes, to return as speaker, meaning that she could afford to lose just six Democratic votes.