Sen. Lisa Murkowski, R-Alaska, said she called President Trump last fall to reassure him she doesn't "hate" him, according to a report.

Murkowski said she decided to phone the president shortly after reading about remarks he made about her at a November event. “He was just kind of off the cuff and he said, ‘I don’t know, I think Lisa Murkowski hates me. I kind of like her,'” Murkowski told the Anchorage Daily News Saturday.

The president was gracious to her, she said. “He was so sweet, he says: 'Oh, that’s so nice,'” she told the Daily News.

On the call, Murkowski said she also discussed issues important to Alaska for several minutes.

She told the paper that policy disagreements are a fact of legislating, but that it's important to keep positive professional relationships.

Murkowski has at times clashed legislatively with Trump, most prominently when she was the only Republican senator to vote against the confirmation of Supreme Court Justice Brett Kavanaugh. 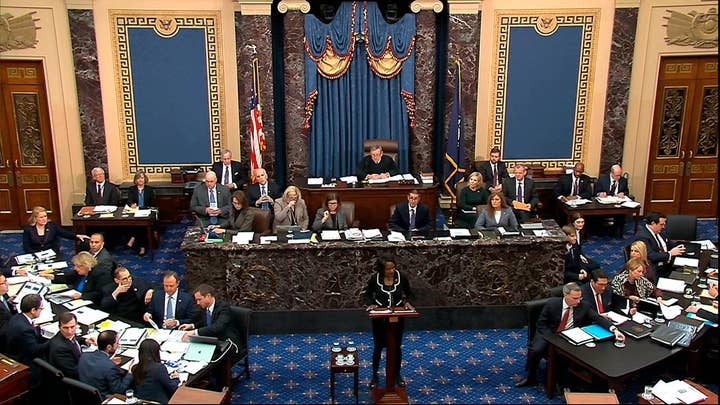 In late 2019, when Senate Majority Leader Mitch McConnell, R-Ky., told Fox News he would be leading a "full and fair process" but still "coordinating" with the White House team for the impeachment trial, Murkowski said that she was "disturbed" by the news.

“To me, it means that we have to take that step back from being hand in glove with the defense, and so I heard what leader McConnell had said, I happened to think that that has further confused the process," she told KTUU-TV last month.