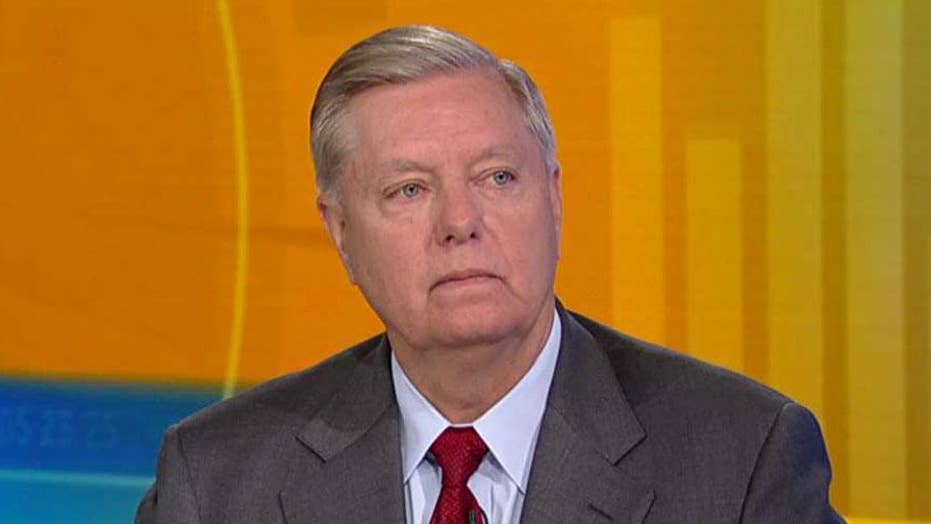 Sen. Lindsey Graham: Someone should face consequences for FISA abuse

"What happens to the people who mislead the court? The FISA court, it’s an important court, but if the court doesn’t take this seriously then the question for me, who will?" Graham said on Fox News' "Sunday Morning Futures" to host Maria Bartiromo. "If somebody’s not punished here, then there’ll be no deterrence and it will happen again and again and again."

SEN. LINDSEY GRAHAM: ABANDONING AFGHANISTAN WOULD PAVE WAY FOR ANOTHER 9/11

Graham said he expects Inspector General Michael Horowitz's report to come out in October, and that he plans on calling Horowitz to testify before his committee upon the report's release.

Graham said he wants to make sure the public learns as much as possible about what the FBI and DOJ did in the early stages of the Russia investigation, particularly the process of obtaining a FISA warrant to monitor former Trump campaign adviser Carter Page.

"My No. 1 goal is declassify as much as possible so you could see what really happened," he said.

"The application for the warrant, I want those declassified, all the conversations about ‘you shouldn’t trust Steele' that was given to the Department of Justice and the FBI, I want them to come out so the public can see," Graham said, referring to ex-British spy Christopher Steele, who performed opposition research on the Trump campaign on behalf of the Clinton campaign.

"Somebody needs to be punished for misleading the court, lying to the court," Graham said. He warned that otherwise, "we're encouraging the breakdown of the rule of law."

Graham noted how the Russia investigation began as a counterintelligence probe related to Russian election interference, but no one warned then-candidate Trump that anyone associated with his campaign could be cause for concern. He also questioned how much Trump's predecessor knew.

"Did Obama know? Did the president of the United States know that the FBI and Department of Justice were investigating the Republican nominee for president, and if he did, what did he do about it?"