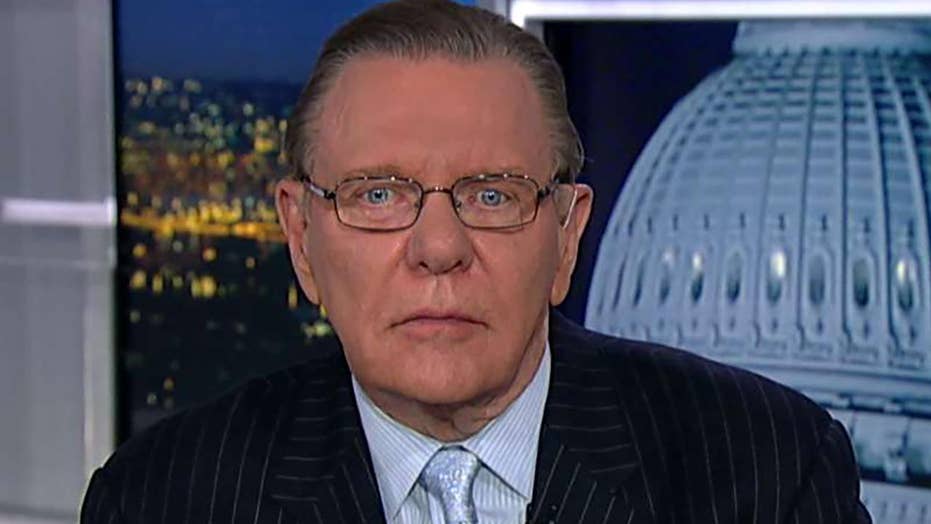 Gen. Keane on what needs to be in and out of a deal with Afghanistan

As we mark the 18th anniversary of the Sept. 11, 2001 terrorist attacks Wednesday, we must never forget Afghanistan is where the attacks were planned – and still remains a source of much concern when it comes to America’s national security.

Eighteen years later, here is where we stand:

The Taliban have been overthrown in Afghanistan, music is no longer outlawed, cars have returned to the streets, and citizens are participating in the great experiment called democracy.

GRAHAM WARNS WITHDRAWING FROM AFGHANISTAN WILL LEAD TO ‘ANOTHER 9/11’

Millions of young people – including girls and women – are attending schools and universities with hope for their future and a desire to take Afghanistan forward, not backward. They are our best partners over time and their success is our success.

Eighteen years ago, there was no Afghan army. Today, over 270,000 Afghans are serving in their nation’s armed forces.

If America completely pulls out of Afghanistan, I fear the Security Forces will fracture along regional lines, creating growth opportunities for Al Qaeda and ISIS.

Most problematic of all is that Al Qaeda is still present in Afghanistan and the relationship between Al Qaeda and the Taliban is alive and well. In addition, a new foe –ISIS – has emerged in Afghanistan.

Both Al Qaeda and ISIS have the desire to attack American interests, including our homeland. The only question is their capabilities. That is why any U.S. withdrawal from Afghanistan must be conditions-based.

President’s Trump’s recent decision to withdraw from peace talks with the Taliban because of their barbaric attacks on innocent Afghans and the killing of an American soldier was spot-on. He is sending a signal to the Taliban that we will not be intimidated into a peace deal and he is committed to negotiating through strength. We must end the war on our terms, not the Taliban’s.

Any Afghan peace agreement must allow a continued U.S. presence to protect our homeland, honor the rights of Afghan women, and uphold the current Afghan constitution.

With the breakdown of peace talks we have an opportunity to reset the table to our advantage. I would urge the administration to support the upcoming Afghan elections. The winner should be part of any future negotiations with the Taliban.

Allowing these elections to go forward further legitimizes the democratic process and will be a signal to the Taliban that the Afghan people are in charge.

Equally important, we have an opportunity to start a new dialogue with Pakistan regarding ending the war in Afghanistan. For decades, the Taliban have had sanctuary in Pakistan as they fight in Afghanistan. But with the change in the Pakistani government and military leadership, there is an opening to negotiate a new relationship with Pakistan.

The combination of a newly elected Afghan government participating in talks and a new relationship with Pakistan would give the Trump administration leverage regarding any future peace negotiations.

Any Afghan peace agreement must allow a continued U.S. presence to protect our homeland, honor the rights of Afghan women, and uphold the current Afghan constitution.

Whether the Taliban will ever agree to such conditions remains uncertain, but it is worth our effort to try to achieve an honorable peace. But we must always be aware that when it comes to Al Qaeda and ISIS, they will never be at the peace table.

After 18 years, Al Qaeda is still present in Afghanistan and ISIS is growing within the country. The Afghan Security Forces are much larger and more capable, and our military presence has been reduced substantially.

President Trump should insist that the cost to the United States in Afghanistan be dramatically reduced, and he should continue to pursue a peaceful end to the conflict, but only after the Taliban have changed their behavior.

If we abandon Afghanistan out of frustration and weariness, we pave the way for another 9/11. If we continue to engage in Afghanistan smartly we can achieve our goal of making sure Afghanistan is never used as a launching pad to attack the American homeland. And we can assume the Afghan people will continue to move away from the darkness of the past.

We owe it to those who lost their lives on 9/11 and the enduring War on Terror to continue to protect our homeland and achieve an honorable and sustainable peace in Afghanistan.