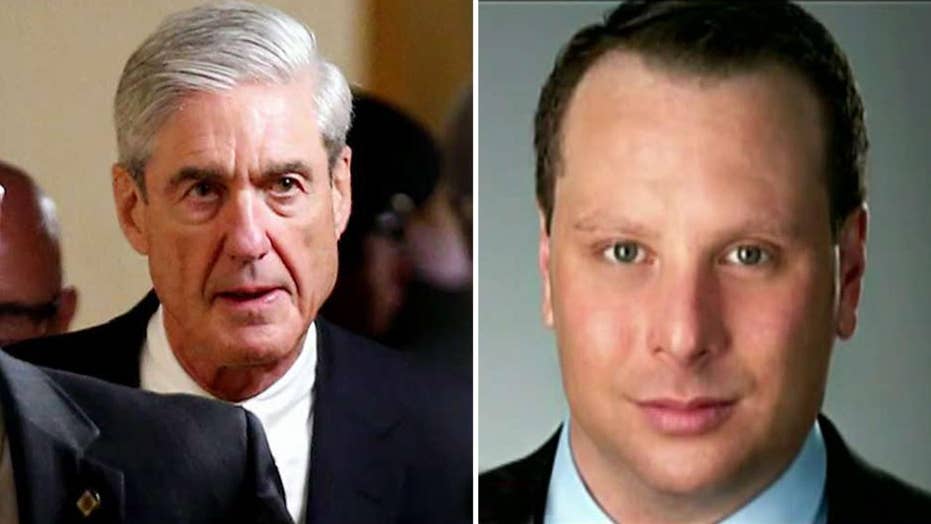 Former Trump campaign aide Sam Nunberg vowed Monday to refuse a subpoena from Special Counsel Robert Mueller’s team to appear before a grand jury this week as part of the Russia probe, defiantly claiming: “Let him arrest me.”

“Mr. Mueller should understand I am not going in on Friday,” Nunberg told the Washington Post.

TRUMP ACCUSES DOJ UNDER OBAMA OF LAUNCHING PROBE TO 'DISCREDIT' HIM

“I’m not spending 80 hours going over my emails with Roger Stone and Steve Bannon and producing them,” Nunberg said. “Donald Trump won this election on his own. He campaigned his ass off. And there is nobody who hates him more than me.”

A source close to the Trump campaign told Fox News that Nunberg was fired twice “for good reason” and known to be erratic, referring to his media appearances Monday.

Nunberg has had a long and colorful history with Trump. He was one of Trump’s earliest political advisers, helping him connect with conservative audiences ahead of his 2016 presidential run.

Nunberg, though, was fired in 2014 after an unflattering piece about Trump ran in BuzzFeed. A communications aide who helped arrange the interview with BuzzFeed to take place, Nunberg was blamed by Trump for the bad press.

Nunberg was rehired for the campaign, but was fired again by Trump in 2015, after past racially-charged Facebook posts surfaced.

Later during the campaign, Trump sued Nunberg for $10 million, accusing him of breaching a confidentiality agreement. The lawsuit was settled later on.

Nunberg was featured in the recent Michael Wolff book “Fire and Fury” and recently sat for a voluntary interview with Mueller.

“I was briefly part of the Trump campaign and have been the President's friend and adviser for decades; and would expect that Mueller's team would at some point ask for any documents or emails sent or written by me. But let me reiterate, I have no knowledge or involvement in Russian Collusion or any other inappropriate act,” Stone told Fox News.