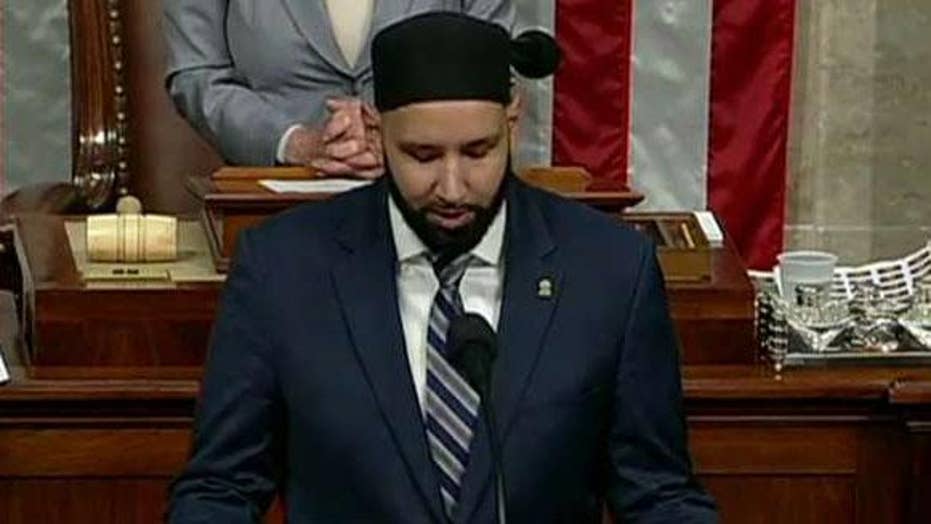 Rep. Lee Zeldin, R-N.Y., told "Fox & Friends" on Sunday that House Speaker Nancy Pelosi, D-Calif., had made "a bad call" by allowing a Texas imam with a history of anti-Israel comments to deliver the noon prayer in the House of Representatives last week.

"Either the speaker's office did not vet this imam at all, or worse, they did vet the imam and then decided that it would have been OK for the imam to come onto the floor of the House of Representatives anyway," said Zeldin. "It's a bad call to have this person. It's horrible judgment, and after the 2019 that we've had so far, where members of their own caucus are pushing anti-Semitism and anti-Israel hate, it was a bad judgment."

The imam, Omar Suleiman of Irving, Texas, was introduced by Pelosi before he delivered the prayer from the rostrum on Thursday.  He had been invited to speak by Rep. Eddie Bernice Johnson, D-Texas. 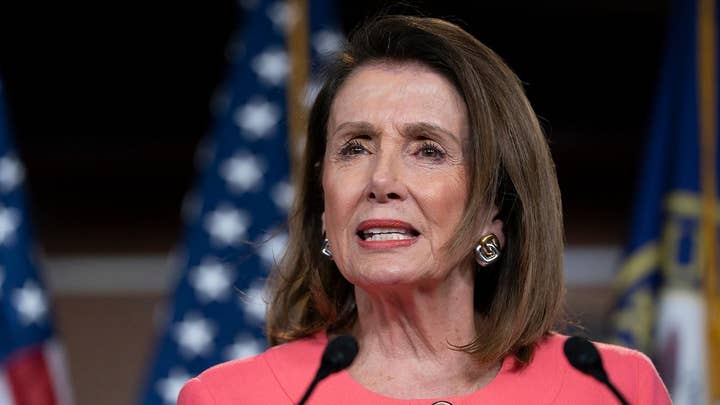 "We pray for peace, not war. Love, not hate. Benevolence, not greed. Unity, not division," Suleiman said during his prayer. "And, we commit ourselves to not betraying our prayers with actions that contradict them."

In 2017, the Algemeiner reported that Suleiman had posted an image on social media supporting the Muslim Brotherhood in 2013 and had posted on Facebook and Twitter during the 2014 conflict between Israel and Hamas: "God willing on this blessed night as the 3rd Intifada begins, the beginning of the end of Zionism is here. May Allah help us overcome this monster, protect the innocent of the world, and accept the murdered as martyrs."

The following year, the report added, Suleiman shared a video purporting to show conflicts between Palestinians and Israeli soldiers with the comment: "Want to know what its [sic] like to live under Nazis? Look no further than how the Palestinians are treated daily by apartheid Israel. Sickening." That post was accompanied by the hashtag "BDS," an acronym for the anti-Israel "Boycott, Divest, Sanction" movement.

"Let's just say all you found was that he compares Israel to Nazis," Zeldin told Fox News. "That would be enough to maybe tell that member or other members of the caucus, 'How about you find another imam if you want to have an imam give an opening prayer?' But ... comparing Israel to terrorists, calling for -- and inciting violence, calling for a third Palestinian intifada or the posts on social media that are supportive of the Muslim Brotherhood -- as that list goes further on, it's a bad call to have this person."

"You should be more sensitive to it, not less sensitive," Zeldin said. "You're seeing a desensitizing right now that is hugely dangerous if that takes over more and more of the Democratic Party."