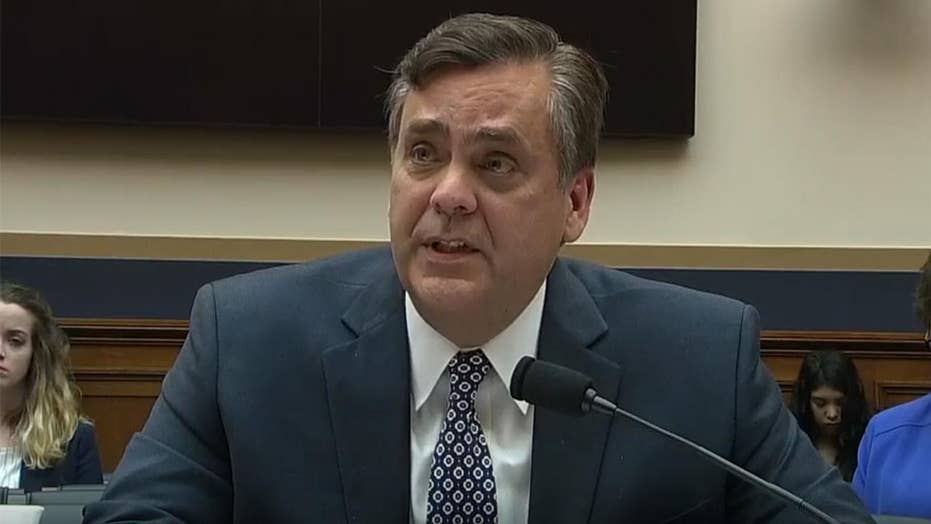 House Democrats are "heading into a world of hurt" if they escalate their fight with Attorney General Bill Barr over access to the full Robert Mueller report, according to constitutional law expert Jonathan Turley.

Turley, a George Washington University law professor, issued the warning during testimony before the House Judiciary Committee on Wednesday. As lawmakers grilled him and other legal scholars on issues having to do with executive privilege and congressional oversight, Turley stated that while he generally tends to give weight to congressional power, they are sure to lose if they go to court for the purpose of holding Barr in contempt for not releasing the full Mueller report.

"You are heading into a world of hurt if you go to the D.C. Circuit," Turley warned.

House Democrats recently voted at the committee level to hold Barr in contempt for refusing to release a fully unredacted version of the Mueller report and underlying materials. Turley pointed out, as Barr has in the past, that the Federal Rules of Criminal Procedure do not allow Barr to disclose the secret grand jury information that was redacted in the previously released version.

The D.C. Circuit recently ruled on this very issue, stating in the case of McKeever v. Barr that, outside of the specific exceptions outlined in Rule 6(e), courts do not have authority to order the disclosure of grand jury information. Since any legal action taken against Barr for contempt would likely end up before the D.C. Circuit, Turley made it clear that going down that road is a bad idea for Congress.

The professor said that Congress may have better luck in forcing witnesses to testify and acquiring some of the underlying documents referenced in the Mueller report, but he still cautioned Democrats regarding certain matters of executive privilege, which President Trump has invoked in an attempt to keep the material secret.

For instance, Turley warned Democrats not to challenge Trump's assertion of executive privilege with regard to information shared with the Special Counsel's Office, which is part of the executive branch. He said case law is strong on this issue.

"I strongly encourage you not to make that argument in federal court," he said.

House Democrats, though, have pressed forward, accusing the Trump administration of obstructing their efforts to learn more about the Russia investigation.

“We did not relish doing this, but we have no choice,” Committee Chairman Jerrold Nadler, D-N.Y., said after the contempt vote earlier this month, adding, "We’ve talked for a long time about approaching a constitutional crisis. We are now in it."