Attorney Debra Katz made the rounds Monday on morning television to argue her client’s sexual misconduct allegations against Supreme Court nominee Brett Kavanaugh should be taken seriously, an appeal accepted even by the White House.

But while her client's claims have raised bipartisan concerns about Kavanaugh, Katz, a longtime Democratic donor known for representing sexual harassment accusers, also has a history of downplaying or dismissing accusations made by women against Democratic politicians -- including former President Bill Clinton and former Minnesota Sen. Al Franken.

“Paula Jones' suit is very, very, very weak,” Katz said on CNN’s “Talkback Live” in March 1998 in a discussion about Jones’ claims against Clinton, according to a show transcript. “She's alleged one incident that took place in a hotel room that, by her own testimony, lasted 10 to 12 minutes. She suffered no repercussions in the workplace.”

Jones, who worked as a government employee in Arkansas, accused Clinton, while governor of Arkansas in 1991, of propositioning her for sex. Clinton settled a lawsuit with Jones in 1998.

Katz, in other media appearances first highlighted by Townhall, suggested Jones didn’t have much of a case.

“Clearly a one-time incident that took place in 10 to 12 minutes, she was not forced to have sex, she left on her own volition, the courts increasingly are finding that that is not enough to create a sexually hostile work environment claim,” Katz said in April 1998, according to a transcript of CBS Evening News.

''If a woman came to me with a similar fact pattern, that is someone in the company above her propositioned her but only once and she suffered no tangible job detriment,'' Katz told The New York Times in 1998, ''I would probably tell her that I'm sorry, it's unfair, but you don't have a case.''

Katz, speaking to the newspaper, added, ''If it's one time, it has to be severe, almost a sexual assault, not just a touching of somebody's breast or buttocks or even forceful kissing.”

In more recent years, Katz also downplayed the wave of sexual misconduct allegations against Franken, who denied some of the allegations but eventually resigned from the Senate over them.

"Context is relevant,” Katz said of Franken, who was a comedian before his election to the Senate. “He did not do this as a member of the U.S. Senate. He did this in his capacity of someone who was still functioning as an entertainer.”

Katz is now representing Christine Ford, a registered Democrat who has accused Kavanaugh, while in high school more than 30 years ago, of pinning her down, trying to remove her bathing suit and putting his hand over her mouth when she attempted to scream.

On Monday, Katz said on NBC’s “Today” that her client would be willing to appear before the Senate Judiciary Committee to elaborate on her claims. 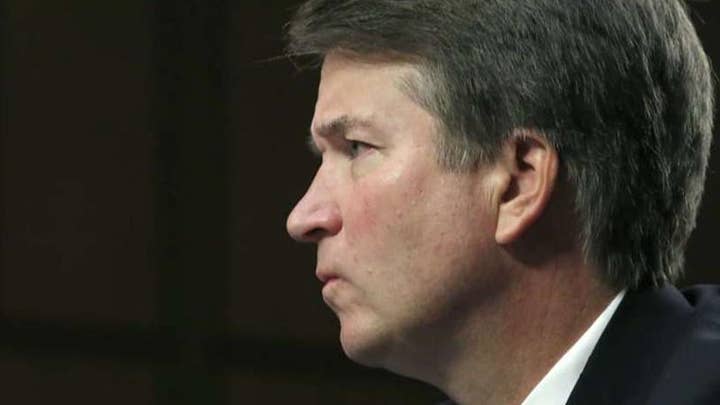 “She is willing to take whatever it takes to get her story forth,” Katz said.

Katz also said bluntly that Ford is alleging Kavanaugh attempted to rape her.

"She clearly considers this an attempted rape. She believes that if it were not for the severe intoxication of Kavanaugh, she would have been raped," Katz told "Today."

Meanwhile, Kavanaugh forcefully denied the sexual assault allegations against him on Monday.

“This is a completely false allegation. I have never done anything like what the accuser describes—to her or to anyone,” Kavanaugh said.

He added, “Because this never happened, I had no idea who was making the accusation until she identified herself yesterday. I am willing to talk to the Senate Judiciary Committee in any way the Committee deems appropriate to refute this false allegation, from 36 years ago, and defend my integrity.” 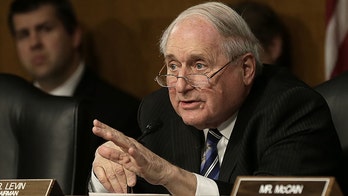