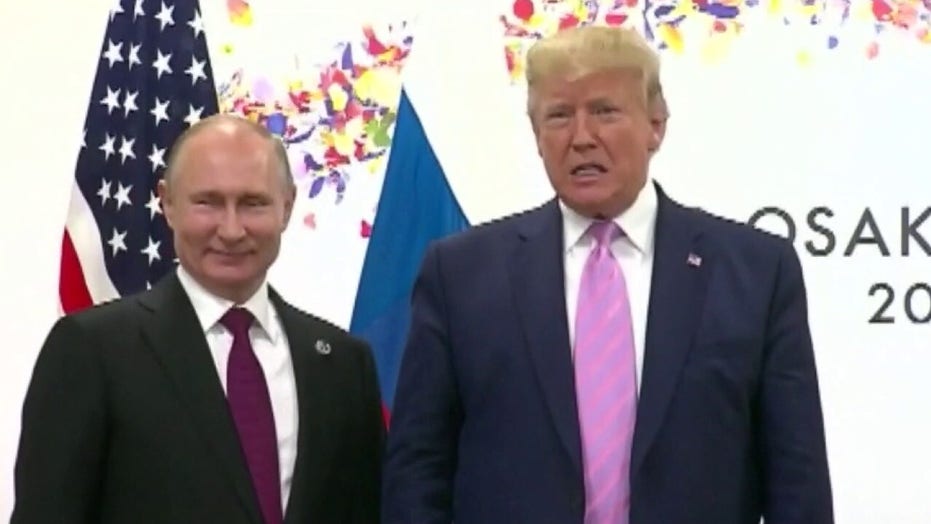 Lawmakers on both sides the aisle in Washington want answers on new explosive reporting that a Russian spy unit paid the Taliban to attack U.S. troops stationed in Afghanistan.

Sen. Bob Menendez, D-N.J., called for the Senate to vote on new sanctions against Russia.

"If Trump refuses to hold Putin accountable for funding terrorism against US troops in Afghanistan, then Congress must again step up," tweeted Menendez, the top Democrat on the Senate Foreign Relations Committee.

"The United States receives thousands of intelligence reports a day and they are subject to strict scrutiny. While the White House does not routinely comment on alleged intelligence or internal deliberations, the CIA Director, National Security Advisor, and the Chief of Staff can all confirm that neither the President nor the Vice President were briefed on the alleged Russian bounty intelligence," Kayleigh McEnany, White House press secretary, said in a statement. "This does not speak to the merit of the alleged intelligence but to the inaccuracy of the New York Times story erroneously suggesting that President Trump was briefed on this matter.”

Rep. Mike McCaul, the top Republican on the House Foreign Affairs Committee, said he's already reached out to the Trump Administration about a response.

If the reporting is accurate, McCaul said, "the Administration must take swift and serious action to hold the Putin regime accountable.”

McCaul said if a Russian military intelligence unit offered Afghan militants bounties to kill U.S. troops, it would "only deepen my grave concerns about the Putin regime’s malicious behavior globally."

The Russian military unit was secretly offering bounties for successful attacks last year in Afghanistan, The Times reported. The unit has been linked to assassination attempts in Europe. Islamist militants are believed to have collected the bounty money. Twenty Americans were killed in combat in Afghanistan in 2019, but it was unclear if any of these deaths were linked to the bounties.

Rep. Lee Zeldin, an Iraq war veteran, said he's requested additional information. "If this is true, that would be a severe escalation on Russia’s part," Zeldin, R-N.Y., said.

The reporting renewed Democrats' suspicion about Trump's relationship with Putin stemming from the Russian government interfering in the 2016 election campaign.

"Lack of a response by [Trump] suggests he may be beholden to Putin," Rep. Ted Lieu, D-Calif., tweeted. "[Trump] is putting US troops’ lives at risk by doing nothing. Having served on active duty, I find this behavior by our Commander in Chief to be unacceptable."

During the presidential race, Russia waged a social media campaign that favored Trump and disparaged Democrat Hillary Clinton and also conducted computer attacks to steal Democratic emails and release them publically. Special Counsel Robert Mueller's investigation, however, "did not establish that members of the Trump Campaign conspired or coordinated with the Russian government in its election interference activities."