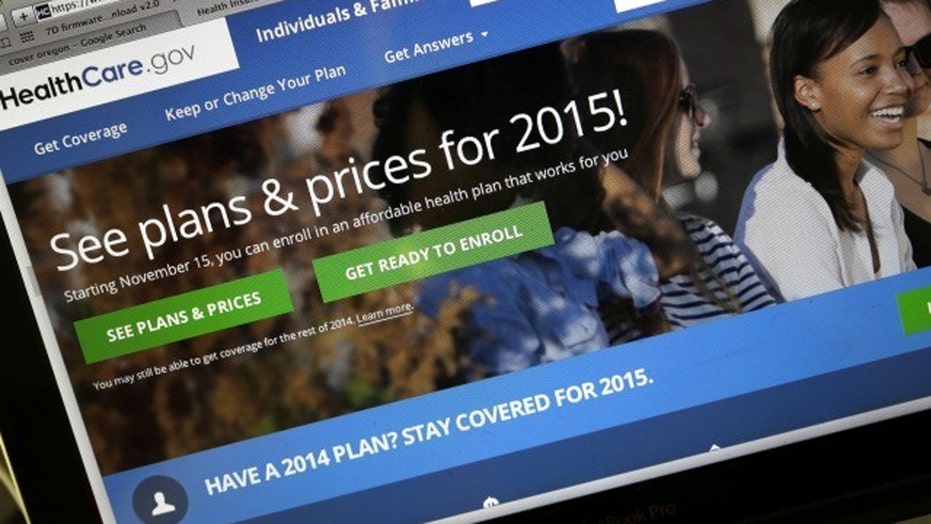 Premiums expected to rise for new and current enrollees

Congressional lawmakers are raising alarm over the rapid collapse of several so-called ObamaCare "co-ops" -- government-backed alternative health plans -- that are failing, leaving tens of thousands of customers scrambling for coverage, and billions in taxpayer-funded startup loans at risk.

To date, nearly half of the 23 co-ops established under the Affordable Care Act have gone or are expected to go under by the end of the year. The latest to be barred from selling insurance on the official marketplace is in Arizona.

In a letter to the head of the Centers for Medicare & Medicaid Services, Sens. Orrin Hatch, R-Utah, and Lamar Alexander, R-Tenn., pressed the Obama administration for answers on what is being done to address the crisis -- and recoup some of the federal taxpayer loan money that has gone to the failing start-ups.

The senators said nearly 870,000 people nationwide have enrolled in the co-ops, and noted they originally were intended to boost competition and provide more affordable options.

"The CO-OPs are not living up to these expectations," they wrote. "To date, eleven ACA CO-Ops -- in Arizona, Colorado, Iowa, Kentucky, Louisiana, New York, Nevada, Tennessee, Oregon, South Carolina and Utah -- have collapsed.

"As a result, hundreds of thousands of Americans will lose their health insurance plans and will have to scramble to find new plans, most likely with higher premiums and deductibles."

Asked about the letter, an HHS spokeswoman stressed that the start-ups "face a number of challenges, from building a provider network to pricing premiums in a new market, and unfortunately, not all will succeed." She said in a statement that when regulators make the decision to close a co-op, "we work with local officials to do everything possible to make sure consumers stay covered."

The co-ops -- or Consumer Operated and Oriented Plans -- were created within ObamaCare as a compromise for liberals unable to secure the creation of a government-run insurance program. Under the plan, taxpayers provided $2.4 billion in loans to set up the nonprofit co-ops as alternatives to major insurers.

The loans were used as start-up money and as reserve funds to meet solvency standards set by state regulators -- but, the alternative insurers have struggled to get off the ground. An inspector general audit released over the summer found that in 2014, only one -- Maine's -- of the 23 made money that year. And it found half of them lagged far behind their enrollment projections.

Over the last several months, many of those co-ops have failed.

In Arizona, the state Department of Insurance last week filed an order against Meritus Health Partners and Meritus Mutual Health Partners, as CMS removed it from the insurance marketplace. The co-op's ability to write and renew policies was in turn suspended, meaning roughly 59,000 Arizonans covered by Meritus now have to find new coverage during open enrollment, which started Sunday.

A similar situation is playing out in New York, where state and federal authorities say the shutdown of Health Republic Insurance of New York should accelerate after they found it is in worse financial shape than they knew when it was ordered to stop writing new policies a month ago.

New York's Department of Financial Services initially said coverage for about 100,000 individuals should continue through Dec. 31. Now it says it's in consumers' best interest to end policies Nov. 30. The department says the same applies to Health Republic's small group plans, which covered 101,500 people.

The issue flared at a hearing Tuesday before the House Ways and Means Committee.

"Only in Washington would a group of bureaucrats think they knew how to micromanage `competition' instead of letting consumers and markets do what they do best," said Rep. Kevin Brady, R-Texas, who chairs the health subcommittee.

But Mandy Cohen, chief operating officer with CMS, told lawmakers that co-ops have played an important role in fostering competition and choice in the law's health insurance markets, now in their third year.

"There have been successful co-ops which have provided consumers in their states an additional choice of health insurance and have improved competition," Cohen said in written testimony. "And there also have been Co-ops that for a number of reasons have faced compliance, technical, operational, or financial difficulties."

Aside from concerns over the future of other co-ops, Hatch and Alexander questioned what could be done to recoup taxpayer loans. They voiced concerns that federal officials might be allowing "creative accounting" by the co-ops to make them look more profitable than they actually are.

They asked CMS to provide information on possible "remedies for the recovery of funds from terminated co-ops," on "enhanced oversight" for the insurers, and on other details.

According to the House Energy and Commerce Committee, the 11 co-ops in question represent a total cost to taxpayers of $1.1 billion.