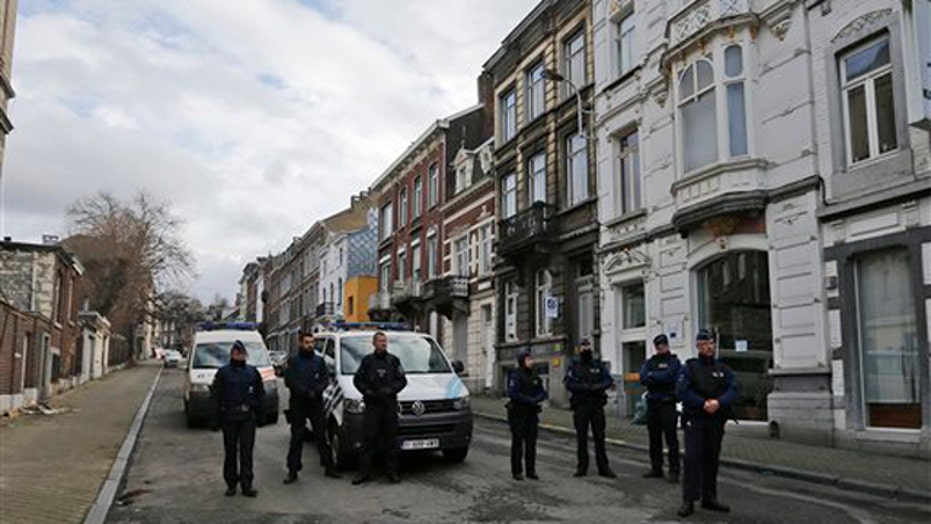 On the heels of the Paris terror attacks, lawmakers on both sides of the aisle are worried a long-running program allowing travelers from dozens of countries to enter the U.S. without a visa could be exploited by foreign fighters looking to attack America next.

The Visa Waiver Program allows travelers from 38 countries, including France and many other European and Asian nations, to enter the U.S. without a visa for stays up to 90 days. American travelers enjoy a similar privilege across Europe and elsewhere.

But lawmakers are taking a close look at the program, particularly as new cases emerge of Europeans becoming radicalized in the Middle East and returning to wreak terror on their homeland. They warn that hopping a flight to the U.S. wouldn’t be so hard.

“It is important to scrutinize the Visa Waiver Program to ensure that it does not provide terrorists an opportunity to travel to the U.S. to conduct an attack against the American people,” she wrote in a letter to the new chairman and ranking member of the Senate Homeland Security and Governmental Affairs Committee, Sens. Ron Johnson, R-Wis., and Tom Carper, D-Del.

She requested a hearing “to examine the Visa Waiver Program in the context of the growing foreign fighter threat to our homeland.”

The concerns follow reports that at least one of the brothers involved in the Paris attacks traveled to Yemen in 2011 and visited an Al Qaeda camp, before returning to his country of France to participate in the attacks that left 17 dead. Dozens of terror suspects also reportedly were arrested in Belgium, France and Germany early Friday – after Belgian authorities moved a day earlier to disrupt a plot said to include fighters who had returned from Syria.

The proliferation of foreign fighters – from Europe, the U.S. and around the world – taking up the flag of Middle Eastern terror groups and then returning home is fueling concerns about easy-travel programs that could make these cells and operatives more mobile.

According to the Congressional Research Service, 19.1 million people came into the U.S. in 2012 under the program – approximately 40 percent of all overseas visitors.

When reached Thursday, Johnson’s office said the senator is “carefully considering” Ayotte’s request for a hearing on the issue.

“This is a very important issue and we are looking into it,” spokeswoman Melinda Schnell said. “Staff already has started working together on the details and how the hearing would operate.”

But the Obama administration stresses that security checks are in place, through a screening program called the Electronic System for Travel Authorization (ESTA) -- which has denied waivers to thousands of travelers each year because they “may pose a risk to the United States.”

Since ESTA’s inception in August 2008, Customs and Border Protection has approved millions of applications, but has denied over 4,300 “as a result of vetting against the U.S. Government’s known/suspected terrorist watchlist,” a Department of Homeland Security official said in a statement.

During that period, the agency denied more than 22,500 applications for those who applied using a passport that had been reported as lost or stolen, the official said.

Participating countries are required to have a high degree of security cooperation with the U.S., including agreements allowing them to exchange information on known or potential terrorists and serious criminals traveling abroad, as well as stolen passports. Each country’s participation in the VWP is subject to a biannual review.

Travelers who apply for a waiver must be a citizen or a national from one of the participating countries and have a passport to prove it. The CBP determines whether the waiver-holder can ultimately come into the country at the point of entry, and reserves the right to screen them again.

Most of the 38 nations involved are in Western and Eastern Europe. Additional partners include Taiwan, Japan, Singapore, South Korea, New Zealand, Australia, Brunei, and Chile.

In November, DHS announced it was upgrading the ESTA program so travelers would have to give additional information. “These improvements are designed to address the immediate foreign fighter threat, provide an additional layer of enduring security for the VWP, and facilitate visa-free travel to the United States,” DHS said.

Officials also assured that ESTA was only “one component in our layered security system.”

But some senior lawmakers have suggested there are loopholes that need to be addressed.

“The Visa Waiver Program is the Achilles’ heel of America,” Feinstein declared on CNN’s “State of the Union” last Sunday. Foreign fighters, said the ranking member of the Senate Intelligence Committee, “can come back from training, they go through a visa waiver country, and they come into this country.”

Rep. Michael McCaul, R-Texas, chairman of the House Homeland Security Committee, told CBS’s “Face the Nation” that he is launching an investigation “to look at security and defense gaps that may exist as it pertains to foreign fighters,” which would involve “all sorts of things,” including the VWP.

Feinstein said the VWP program remains a potential open door for foreign elements who want to do the U.S. harm.

“We have a big problem here,” she said. “I think we need to take a look at the Visa Waiver Program again, and see what we can do to prevent this kind of thing from happening, because I believe it will happen, if it hasn’t already.”